A host of new high-profile speakers have been confirmed for TheBusinessDesk.com’s forthcoming Invest Midlands Conference, to be held online on May 26.

The news follows last week’s announcement that the agenda has been revealed for the event, which aims to set the scene for what comes next in the Midlands. Tickets are now available.

Joining an already stellar cast of Midlands business leaders are big names from both the East and West of the region.

John Russell, CEO of Norton Motorcycles will talk about the future of automotive, while the new CEO of the Greater Birmingham Chamber of Commerce, Henrietta Brealey, will join a panel discussion examining Pandemic Recovery and Future Growth.

Robert Franks, managing director of West Midlands 5G and Jane Woods, group nations and regions director at BT, will discuss the digital roadmap of the Midlands.

Also, Ian Reid, the chief executive of the Birmingham 2022 Commonwealth Games Organising Committee, will speak on how the event will showcase the city and region to the wider world.

Kathrin Enenkel, senior analyst for Centre for Cities and Phil Stewardson, director at Stewardson Developments, will join a panel session looking at placemaking with a purpose: the future of towns and cities.

Last, but certainly not least, Anita Bhalla OBE, the chair of the West Midlands Leadership Commission has been revealed as the latest panelist on the Putting Diversity at the Heart of Growth session.

Invest Midlands will kick-off with a keynote address from Business Secretary Rt Hon. Kwasi Kwarteng who will outline the ambition for the Midlands and look towards its post-pandemic future as a real engine of growth.

He will be joined by leaders from across the region, including Midlands Engine chairman Sir John Peace and the winner of the West Midlands Mayoral race to be held earlier in May.

Ken Cooper, managing director at the British Business Bank, will lead a panel discussing how to fund SME growth through post-pandemic recovery.

Meanwhile, Claire James, MD of East Midlands Airport, Dave Penney of Network Rail and Maria Machanchoses will debate whether the Midlands Engine is joined up – or two separate islands, in a much-needed debate on transport in the region.

Reshma Sheikh of Octavian UK, Sarah King of We Are Radikl, Anita Bhalla OBE of the West Midlands Leadership Commission and Tru Powell of Aston Performing Arts Academy will take a look at the importance of diversity and how businesses should place it at the heart of growth.

The vastly-important automotive sector will be debated by 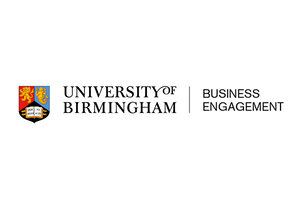 The Big Ideas to Change the Midlands session will see Matheu Parr of Rolls-Royce, Christopher Ware of Conygar and Ricky Sandhu of Urban Airport outline their vision for the future of the region.

The full agenda – which can be viewed here – puts the spotlight on the issues that will transform the economy in the years ahead and represents the very best of the Midlands.

Games developer storms ahead with expansion after £600,000 boost