He has 20 years’ experience at director level within financial services, including roles as strategy director at Lloyds TSB, managing director of international retail banking at Lloyds Banking Group, and chief executive roles at various global banks. Most recently, he was group CEO at the Bank of London and The Middle East (BLME).

Cunningham will take over from outgoing CEO Peter Horton.

Cunningham said: “Over the last two decades, Al Rayan Bank has played a hugely significant role in pioneering Islamic finance in the UK – helping to cement its position in the mainstream of UK banking and create a platform for other Islamic banks to operate against. I am delighted to have the opportunity to contribute to the ongoing success of the Bank as CEO, working with the Board, Executive and my new colleagues to build on the many accomplishments of the past.”

Michael Williams, who will formally become chairman of Al Rayan Bank in October, added: “We are very pleased to be welcoming Giles on board. He brings many years of banking experience, with a strong track record of growing and developing banks here in the UK and internationally. Al Rayan Bank is an Islamic bank, with sustainable, ethical values at its core. Those principles have arguably never been so important as in the current climate – we look forward to working with Giles as we build and nurture them now and in the years to come.” 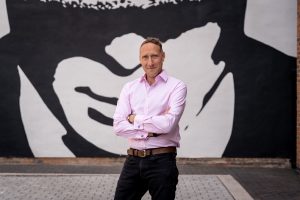 Sam Meeten has joined the business to create a pipeline of sites for Elevate’s next generation of projects.

He has worked in property and land acquisition in the Birmingham and West Midlands area for nearly 20 years, most recently for regional estate agent John Shepherd as associate land director.

Prior to that he gained experience with Stirling Ackroyd and Wolf’s, which was acquired by John Shepherd.

His relationship with Elevate Property Group began when he sold the developer the site in Camden Street which is now being developed as Heaton House.

He said: “I have watched with interest the growth of the group, not just in the immediate Birmingham area but also in the Midlands, Kent, Herefordshire and Gloucestershire.

“My brief is to help establish Elevate as the pre-eminent developer of premium residential property in central Birmingham and the wider Midlands region.”

Elevate managing director Steve Dodd said: “When we acquired the site we are now building out as Heaton House, I was impressed with Sam’s professionalism and attention to detail.

“He has the talent and application we require as we continue to grow and add to our professional and management team.”
:::

The voluntary role for the leading association that supports and grows the UK’s business meetings and events industry will see her further strengthening relationships between venues and agents to ensure optimal engagement at its networking events.

Jane Longhurst, chief executive of the mia, said: “We’re thrilled to have appointed Justine as the Director of Agent Relations to help the mia to further transform the relationship which exists between venues and agents. Her expertise will be essential in ensuring our award-winning agent events continue to evolve and both parties have an in-depth knowledge and mutual understanding of the boundless options available when it comes to hosting business meetings and events.”

Meek said: “As an industry we need to continue to adapt and work with our customers to deliver memorable events. My role will primarily involve engaging with industry peers and supporting the work to build further awareness of the association. In addition to this, I look forward to strengthening the relationships between agents.”