Security and surveillance systems business, Synectics, says activity levels in its major markets continues to gather momentum, particularly in Oil & Gas and in US gaming.

The Sheffield-based company, which has today issued a trading update for the six months ended 31 May 2022, adds this recovery is so far less evident in casinos and gaming resorts in Asia-Pacific where leisure travel has remained subdued.

It notes that although there are signs of increased customer activity in this region, business remains “patchy and difficult to predict.”

Paul Webb, chief executive, said: “A strong team performance has meant we have been able to deliver our goals for this period despite increasing challenges in the supply chain and with markets still subdued. 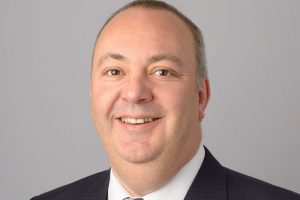 “We have all been working through our ‘return to work’ challenges, and are in good shape now to push on together and deliver further improved results in the second half of this financial year and beyond.”

Synectics says trading in H1 2022 was in line with its Board’s expectations and produced a positive turnaround from the same period last year, with operating profits expected to be at a broadly similar level to the seasonally stronger second half of last year.

The improved results were largely driven by revenue growth of approximately 20% in the company’s core Systems division as markets severely affected by the pandemic began their recovery.

Although the division experienced some disruption to its supply chains from the prevalent global issues, “proactive management” meant that there was no material impact on delivery schedules or margins.

Good progress was made in H1 2022 on the Group’s large projects for advanced infrastructure surveillance, including Deutsche Bahn in Berlin and the Cloud-based deployment of Synergy for the City of London Corporation and City of London Police.

In H1 2022, Synectics Security, the Group’s UK-focused integration division, experienced a decline in revenues compared to the same period last year due principally to customer-led delays on several major projects that had been expected to be largely completed in the half.

However, an improvement in the mix of business resulted in higher gross margins and an operating profit in H1 2022 expected to be at a similar level to the satisfactory result achieved in the same period last year.