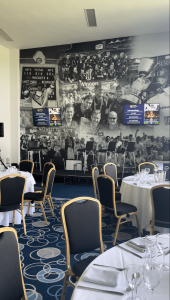 The Business Desk has recently been lucky enough to experience what it’s like to be a member of Warwickshire County Cricket Club’s new Bears Business Club.

Taking a trip to Edgbaston was our business journalist Anna Cooper, to watch the Birmingham Bears face the Yorkshire Vikings and enjoy being a part of the very exclusive Bears Business Club. 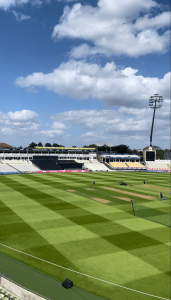 Checking in at the ground, members are led to a ‘room with a view’. Decorated with cricket legends on the walls, the room with its own bar and catering facilities was set alongside a fantastic view of the pitch.

Taking in the pitch and looking out across the Birmingham skyline, guests had the chance to watch a few players practicing and inspecting the pitch before an extensive behind-the-scenes tour.

Former England assistant coach Paul Farbrace, led the tour around the world-class facilities as Director of Cricket at Warwickshire CCC. 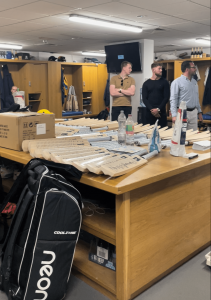 Starting in the changing rooms, guests were fortunate to step behind-the-scenes so close to the start of the match – virtually unheard of in most sports!

Birmingham Bears players popped in and out and said how special of a place the ground is as guests looked at the many player of the match gifts dotted around the room. 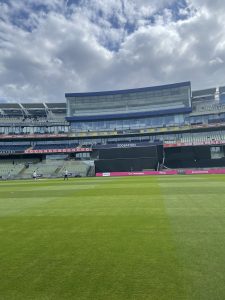 As the sun shone down on Edgbaston, guests were then treated to a tour of the ground’s 17 pitches by its groundsman, Gary Barwell, which were being prepared for the 42 games to be played this summer. 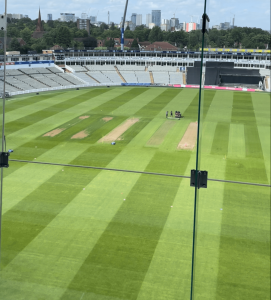 Usually full of accredited journalists, it was easily the best seat in the house.

Grilling the panel on a range of issues was Adam Bridge – Regional Sports Editor at BBC, asking questions regarding the upcoming Commonwealth Games (where Kelly will be England Athletics team leader), how big sporting personalities impact the rest of the team (such as Kevin Pietersen) and what it was like for Dan Ashworth to go from the FA to helping develop Brighton & Hove Albion.

As the panel concluded, guests were treated to an incredible curry and drinks before taking their seats. 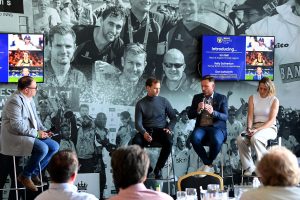 It was not a good day for the Bears – but it was definitely an excellent day for those part of the Bears Club!

But all memberships ensure access to events, awareness of your brand, be able to take part in upcoming networking opportunities, receive fantastic discounts on hospitality, conferences and events – but most importantly access to Edgbaston and Warwickshire CCC! 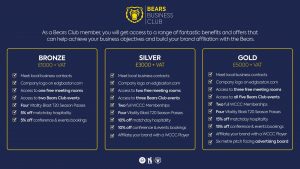 Join Bears players and coaches at Warwickshire Golf & Country Club for the annual WCCC Golf Day. An unforgettable contest out on the green and a valuable opportunity to make connections and build your network.

One of the most exclusive events at Edgbaston, join Bears players, coaches, sponsors & supporters at the End of Season Player Awards, celebrating all things Warwickshire CCC.

Updating HR processes: the importance of employee and manager self...

More than a third of motorists will switch to public transport if...

Are you looking to engage with your future workforce?