Deborah Cadman, Birmingham City Council’s current interim chief executive, has been appointed to the role on a permanent basis.

Cadman worked at the city council for seven years during her early career and has been interim chief executive for just over a year.

Her appointment as interim chief followed the departure of Chris Naylor, who left last March following the conclusion of his secondment from Barking and Dagenham.

The council had faced criticism for appointing its seventh chief executive in eight years.

Naylor was brought in in April 2020 after three people were interviewed, with council leader Ian Ward saying a ‘rigorous recruitment process’ had failed to bring forward a suitable candidate.

Birmingham’s former finance chief Clive Heaphy had previously been acting as interim chief executive for six months but quit in March 2020 after failing to land the role permanently.

He took up the role after Dawn Baxendale quit after 16 months in July 2019 to become chief executive for Christchurch City Council in New Zealand. 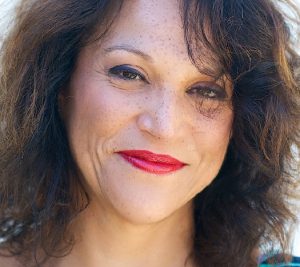 Previously, Birmingham City Council was headed by Stella Manzie (interim), Angela Probert (acting) and Mark Rogers, who was appointed in 2014.

Prior to that, Stephen Hughes acted as chief executive for nine years.

Cadman has worked in public services for 30 years and was the first permanent chief executive of the newly formed WMCA in 2017.

She was appointed OBE for services to local government in 2006.

Cllr Ian Ward, leader of Birmingham City Council, said: “Deborah has made a huge impact in the short time she has been with us, and I’m delighted that she will be staying with us. Her knowledge, understanding and commitment to Birmingham will be invaluable for the years ahead.

“The Commonwealth Games are less than a month away and the city has a golden decade of opportunity ahead. Deborah has played a vital role in ensuring people and communities reap rewards whilst also working with partners to ensure our residents are supported during the current cost-of-living crisis. I know she is as passionate as I am about this city and its bold and bright future.”

Cadman said: “I’m thrilled to be taking on this role permanently. This city has always been close to my heart and to be leading the team as Birmingham looks forward to the bold opportunities ahead is personally very exciting. We will see the eyes of the world on us in the coming weeks, and it is important we not only show them how amazing this city is but also, we don’t lose focus on ensuring that those who live here benefit too. I am relishing the challenges ahead and how me and my team can make sure that the legacy from the Games really is the start of a golden decade for Birmingham.”

The appointment will now go to full council for formal ratification.