Cost of living crisis closes the doors for Pulperia

Argentinean steak restaurant Pulperia is set to close on Friday (30th September) due to rising costs.

Located in Brindleyplace, Pulperia opened just before lockdown in 2020 and has since received rave reviews. 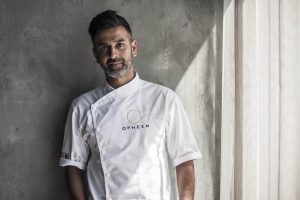 Chef-owner Aktar Islam said the current climate paired with the post Brexit and covid has made operating Pulperia at a high standard unviable, without charging customers more.

He said: “Pulperia has been one hell of a journey, we barely opened just before lockdown and then was shut for the best part of a year.

“It’s where Aktar at Home was born and was even our makeshift warehouse. It’s allowed me to showcase my love of Argentinean food and a roast dinner – it’s bittersweet.”

“With the current climate we simply cannot operate at the standard we want without outpricing our customers.

“Consumer habits have changed, and we feel we’ve come to the end of our journey. The team has been nothing short of amazing. We’re going to monitor the next coming months and consider options regarding the location and introducing another concept.

“For the meantime our focus now will be taking Opheem to the next level and building on Aktar at Home.”