Victoria Plum, the Hull-based online bathroom retailer, has been bought by Endless, after owners TPG pulled the plug on its unsuccessful investment.

TPG spent around £200m acquiring the business, then known as Victoria Plumb, in April 2014 but had struggled to turn the profits tap on. Its most recent published accounts, for the year to February 2018, showed the company had broken even on sales of £63.0m.

Under its ownership to that point it had suffered total losses of around £16m, while revenue in its 2018 financial year was £10m lower than three years earlier.

Although TPG had been looking to sell for more than a year, talks with Endless only began recently and, as is typical of the Leeds-based investor, the deal was done within weeks.

Endless will look to call on its turnaround expertise to quickly improve the fortunes of Victoria Plum. It previously owned Bathstore for two years, before exiting in 2014, after successfully repositioning the business.

Endless has bought the entire business an, while the purchase price has not been been disclosed, Endless’s Fund IV is limited to £80m in a single transaction.

It is the 20th investment from the £525m fund, which has already backed companies including American Golf, High Street TV, Jones Bootmaker and Menzies Distribution.

Matthew Jubb, partner at Endless who will join the Victoria Plum board, said: “Victoria Plum is a hugely exciting acquisition for us and as a Yorkshire-based private equity house, we are thrilled with the opportunity to back a great local business and help it continue to achieve its full potential.

“As an established retail brand with a well-invested infrastructure and e-commerce platform, the business has solid foundations on which to further grow and respond to robust online demand for quality and competitively priced home products.” 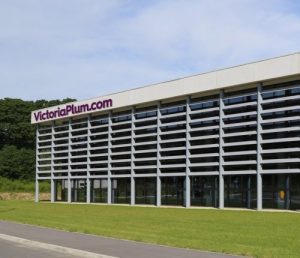 Victoria Plum employs more than 300 people at its head office in Hull, distribution centre in Doncaster and network of transport hubs. It mostly sells own-branded bathroom products, including bathroom suites.

Paul McClenaghan, chief executive of Victoria Plum, added: “We believe this is a business with fantastic potential and we’re delighted to be working with Endless to accelerate our strategy for growth and continue to find ways to differentiate.”

TPG has lost out badly on other UK investments recently. It bought Yorkshire retailer Poundworld in May 2015 in a £150m deal, but the business failed three years later, and restaurent group Prezzo was forced to go through a CVA and shut 94 sites in 2018, three years after its £304m acquisition.