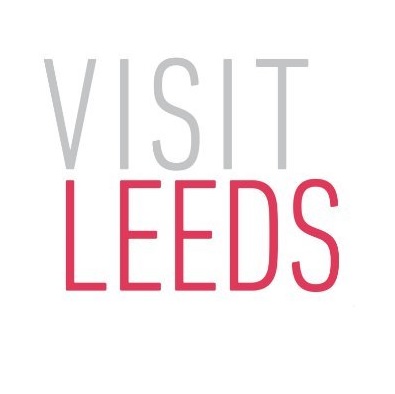 Infrastructure improvements are required to help draw in higher numbers of visitors to Leeds, according to groups involved with promoting the city and its immediate surroundings.

Public transport was singled out as a key area in need of an overhaul during the discussion.

People raised this issue at TheBusinessDesk.com’s Tourism roundtable, which was sponsored by Visit Leeds and hosted by Squire Patton Boggs. 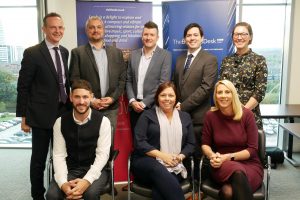 Prew Lumley, chairman of Leeds Business Improvement District (BID) and a partner at roundtable hosts Squire Patton Boggs, said: “One of the things we still need to look at – and it’s our greatest challenge for the city – is our infrastructure.

“Our transport infrastructure is challenged and we know we’re not going to have a tram system. I know efforts have been made for a very long time to deliver better transport for the city but it is still an issue.

“Park and Ride has worked well with the Christmas shopping but we need to create more options to better connect all the various parts of the city.”

Jen Mitchell, general manager at First Direct Leeds Arena, noted this venue normally loses part of its audience before the end of each show because people have to leave early to catch the last available train home.

Dr Peter Robinson, head of the Centre for Tourism and Hospitality Management at Leeds Beckett University, said: “I wouldn’t use the train to get to work because it would take me longer than it takes to drive. On the odd occasion, when I’ve done that same journey on the train, it’s been a really poor experience. I’ve only done that journey on the train because I’ve been going somewhere else afterwards.”

Representatives at the roundtable agreed that last year’s industrial action on Northern Rail had a serious impact on the number of people coming into the city centre, and had hit retailers hard.

Lumley added: “Of course as a city that was something out of our control. But it just demonstrates that if you don’t get it right the city loses out across the board.”

She said despite these transport problems, Leeds does at least now have a better “shop window” thanks to the extensive work recently carried out on its main railway station. 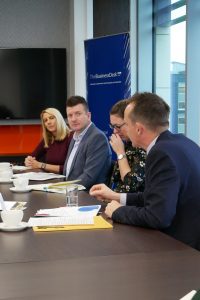 “The station has finally been transformed so it’s fit for this century rather than the last century,” she said.

Claire Heap, visitor economy manager at Visit Leeds, added that work underway to extend and improve the terminal at Leeds Bradford Airport was also a positive development for the city.

Addressing the contribution made by the thousands of students who come to Leeds, she said it was important to make sure these students are embedded in the life of the city so they in turn attract their own families and friends to swell the visitor numbers.

Dr Robinson responded: “We work with companies to engage and foster that relationship between future employers and students. We do quite a lot of work with Jet 2, on the basis that we’d hope that a number of our students will go on to work there so will stay in the region.

“And we work quite hard to get our students to recognise the sort of cultural offering the city has.”

He said the open days held by all four universities in Leeds could be exploited as an opportunity to sell the city to students’ family and friends.

“We will have visitors from all over the UK and potentially internationally coming to those open days with kids who are prospective students,” he said. “They’ll come to Leeds in the morning, go to whichever university’s open day it is and then go home again. But that’s an opportunity to encourage them to stay longer and stay overnight and get to know the city.”

Roundtable guests noted the ongoing wrangle over Brexit made it difficult to predict the future. Dr Robinson said if the pound gets weaker that should make the UK a more attractive proposition for tourists from overseas, while potentially providing an opportunity to develop the “staycation” market for British people. 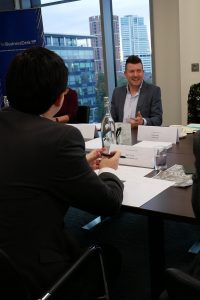 Edward Appleyard, director of engagement at Harewood House, said: “It’s hard to know what markets we can address until something happens. At the moment we’re stuck in limbo with no middle ground.”

Heap said she did not think Brexit would have a big effect on visitors from places beyond Europe like the USA or China, adding she saw opportunities ahead for tourism as well as challenges.

Mitchell said: “From the arena point of view, we don’t have many European artists that come to us. But it will be a challenge for other venues because of the visa issue for those European musicians and artists.

“It’s a complete unknown for those organisations to try and figure out. They might have an artist on their books now who does not have a visa. Yet the tickets for their show have already been sold. Touring orchestras especially will have a big challenge on their hands.”