The best kept secret of the Northern Powerhouse

The Humber is the UK’s best kept business secret according to attendees at a recent panel event entitled ‘Unlocking the Humber’s Potential.’

The seminar held at the Ferens Art Gallery in Hull and sponsored by the Northern Powerhouse Investment Fund (NPIF), saw a panel of business leaders, come together with representatives from the NPIF and the Humber Local Enterprise Partnership to look at the competitive advantages and challenges the location can provide for enterprise.

The event is part of a series of seminars taking place across the North of the country. 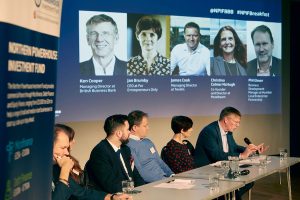 Opening the conversations, Ken Cooper, provided the background information on how the the British Business Bank through the Northern Powerhouse Investment Fund is supporting business growth in the Humber. He highlighted that to date the fund has invested £7.7 million into firms across the region and outlined an ambition to do even more.

The panel discussion then moved to look at why the Humber is such a fantastic location for businesses to start up, scale up and succeed. Christina Colmer McHugh, whose business Moodbeam has recently been taking America by storm at Commercial Electronics Show (CES) 2020 in Las Vegas, spoke about how being located in the Humber has helped it to thrive. She cited the support systems that exist from the LEP to networking groups such as For Entrepreneurs Only and the existing business ecosystem that includes firms with over a century of history.

Phil Glover from the LEP, built upon Christina’s introduction, and emphasised one of the key benefits he often hears mentioned was the cost of being located in the region. He stated: “the cost base here is very competitive. Whether it’s average wages, the general cost of living or the affordability of premises, the costs aren’t too high.”

Picking up from Phil the cost advantages are an opportunity but does lower wages mean less accessibility to talent? No, according to James Cook the managing director of Trevalis, which has received support from NPIF. He added that the Humber is fortunate from a talent perspective to be home to good universities. He explained how their recruitment process is even shaped by the graduates. Stating: “Since 2014 we’ve seen very, very fast growth and we’ve hired in the city. We started with about 14 people and now have about 110 staff of which about 80 of them located in the city. We’ve got a software development team of approximately 25 people and our strategy for recruiting in that team sits in line with the with the intake and the graduates leaving the University.”

For Jan Brumby, CEO of member network For Entrepreneurs Only, which supports businesses across the Humber and was born in the region, its biggest advantage is that is a “good place for someone to shine” no matter what your background. She claimed across the region there is a change afoot and that now there is sense of ambition were previously there might not have been. Talking about her experience she claims the old mentality a job for life isn’t what appeals to the younger generations. This transformation in thinking she believes is a positive result of young people who come to the region every year to study and interact with the wider community. 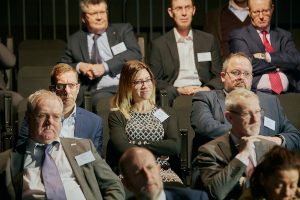 With ambition and support such as funding streams including those of the Northern Powerhouse Investment Fund available to support businesses, Christina said the region needs to get out of its own way. She claimed, “We’ve got to get over this whole under-dog mentality, and actually realise this is probably the most exciting time we’re going to get for quite a while and embrace that.“

The Northern Ireland native who has spent a decade in the region also highlighted that what truly makes the region great is its people. However, the former journalist also emphasised a need for the region to stand proud, saying: “People here are really gutsy and that’s why I love this area. Because you say it like it is and you do what you say you’re going to do. I think we need to fly that flag more and not be embarrassed, the stories of how Hull was, they’ve gone, people have forgotten them. We all need to start remembering, why we’re in this area, why we want to be in this area, and why we will always want to be in this area.”

At the close of the event, one thing was clear to everyone in attendance. There is no silver bullet to unlock the Humber’s potential. In fact the process has already begun thanks to the Northern Powerhouse Investment Fund and the proactive business community. But there is still more to do and it is a collective responsibility for everyone to highlight nationally and internationally that the Humber is not just a place open for business but a place where businesses can boom.

The next event in the series will take place at Chester racecourse on 11 March.