The Competition & Markets Authority (CMA) has decided Hunter Douglas, owner of online blinds retailer Blinds2Go, must sell the majority of its shares in Huddersfield-based 247 Home Furnishings.

The CMA, which has published its final decision on its inquiry, says this is to protect competition and prevent higher prices.

Hunter Douglas originally purchased a minority stake in 247 Home Furnishings (247) in 2013 and subsequently bought the remaining 51% in 2019.

Hunter Douglas is a global supplier of a range of window coverings such as blinds and curtains, which generated $3.6bn in sales in 2018.

Following an in-depth investigation, the CMA says it has decided Hunter Douglas must sell the 51% share in 247 that it acquired in 2019.

It notes the merger would result in a reduction from three to two large firms in the market for online sales of made to measure blinds, with few effective alternative providers remaining after the merger. 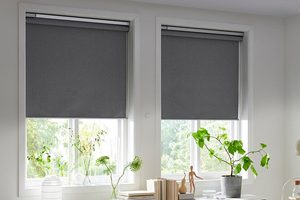 The CMA adds that other online rivals are much smaller and that competition from other retail channels and alternative products is limited.

It says the 2019 share acquisition would give Hunter Douglas full control to coordinate prices across Blinds2Go and 247.

The CMA’s statement notes: “Evidence obtained directly from other companies showed that any growth in market share by existing rivals was likely to be limited and effective entry by new rivals in this market is unlikely.

“The CMA will have full oversight of the sales process and will be required to approve potential buyers.”

Kirstin Baker, inquiry group chairman, said: “We have carried out a full and rigorous investigation and considered all of the available evidence to reach our conclusion that this merger will result in a loss of competition, leaving people facing higher prices for custom blinds or lower quality products.

“Focusing on online competition, we have concluded this merger will leave the merged company with few significant competitors for online made-to-measure blinds.

“Following careful consideration, we are taking actions to protect consumers in the long term.”