Modular building specialist to scale up its operations

Growing modular construction business Integra Buildings has announced plans for a major expansion of its East Yorkshire base.

Integra is in the final stages of acquiring six acres of land next to its site in Paull, east of Hull, and has submitted plans to East Riding of Yorkshire Council to incorporate this area into its operations.

The development of the land will increase the Integra site footprint to over 14 acres and create room to meet the company’s current and future needs. 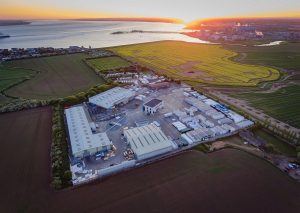 The expansion will create 20 new jobs and is key to the Integra management team’s ambitions to double revenues to £60m within three years.

The land has been earmarked for a new production facility as well as storage, loading and dispatch areas.

Managing director, Gary Parker, said: “We need more room to deliver our current projects, service our very healthy order book and continue our growth. We’re already bursting at the seams much of the time.

“It’s also absolutely essential to maintain operations on a single site, for operational efficiency and to maintain our competitiveness.

“The expansion of our current site, where we have already invested millions in facilities, is the perfect solution.

“This is great news for our employees and our supply chain, the vast majority of which is within East Yorkshire, as well as creating 20 new skilled and semi-skilled production jobs for local people.”

Integra designs and makes of modular buildings and its growing customer base ranges from major construction companies, to local authorities and other public sector bodies.

The business constructs the modular units to each client’s specific requirements at Paull, before delivering the buildings and installing them on sites across the UK.

Integra has invested more than £3m transforming its operations at the Paull site, including a state-of-the-art office building, which was itself self-built on site using cutting-edge modular construction techniques.

Integra’s turnover has grown significantly in recent years. Revenues have risen from £18.6m in 2016, before the investments at the Paull site, to a projected £30m-plus in the current year.

The workforce has also grown strongly, from 86 directly-employed staff in 2017 to 117 today.

Employment growth has included an apprenticeship programme which will be boosted by six new apprentices joining the business next month. 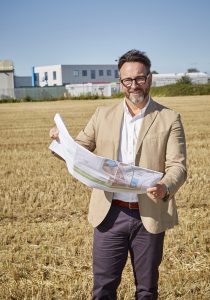 Integra has consulted with East Riding Council’s planning department prior to submission of the application for change of use of the land and development of the new production facility.

Parker, who launched Integra with a handful of colleagues in 1997, added: “This latest major investment is critical to future-proofing the business and to our ambitions to accelerate our growth.

“Our ambition is to double our turnover to become a £60m business within the next three years and having the space to grow is vital to realising that potential.

“This is a landmark moment in the development of the company and we’re very excited by the opportunity to move to the next level.”