A businessman intends to transform an empty historic Hull building into a “truly aspirational place to live”, having stepped in to buy it after London investors pulled out of a proposed deal.

Planning permission to convert the Grade II listed Kings Buildings, in South Church Side, into 24 apartments was approved by councillors earlier this year.

However, when the country went into lockdown in March the project fell through and funders walked away. 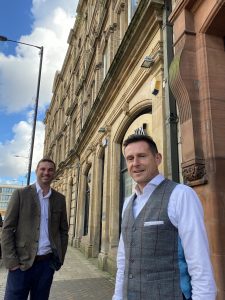 Once conversion is complete he plans to sell the apartments to owner occupiers, supporting city living and helping Hull city centre continue its recent regeneration.

Luen, who has bought the building as part of his Lucava investments business, said: “I’m really excited by this opportunity and I am confident we can do something truly special here.

“I am Hull born and bred and I am hugely passionate about the city, so for me this is an opportunity to do something really exciting.

“With all that has been happening in and around Trinity Square, such as the upgrade of Trinity Market, the continued development of the Fruit Market and with the plans to breathe new life into Whitefriargate, it just seemed the perfect time to take something like this on.

“The aim will be to raise the standard and create a truly aspirational place to live in the city, selling to owner occupiers who live and work in Hull, creating a new community within the building itself.”

Luen said he has been keeping a watching brief on what was happening with Kings Buildings, which were originally built between 1866 and 1875 and have previously housed Hull Telephones Club, a shopping arcade and a market.

But he was still surprised to be called this summer by commercial agent Paul White, of Garness Jones, to discuss potentially buying the property.

He said: “I’d been offered the chance to buy the building a couple of years back but the time just wasn’t right for me with my other business activities.

“When Paul White called me to explain the London investors had dropped out, and asked whether I’d be interested, it came at just the right time. 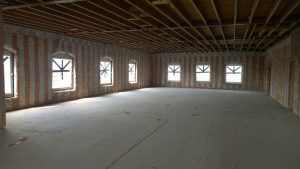 “I’ve had my investment company about seven years, and have invested in other areas of Yorkshire and the Humber, but not my own city. I saw this as the ideal opportunity to put something back.

“When Paul took me around the property I was blown away by its history and character. It has amazing open spaces, high ceilings and exposed brickwork which I want to retain.

“It lends itself perfectly to creating apartments with big open spaces, which is what people are calling for now given we are spending much more time working from home.”

Luen expects the project to be completed by the end of 2021, with apartments ranging in price from £160,000 to more than £300,000 for three, three bedroomed penthouse apartments.

White, agency director at Garness Jones, said the deal is further evidence of the changing face of Hull city centre.

He said: “It would have been a major blow to see a project like this fall away because of Covid-19.

“When the London investors walked away it was a difficult situation for my client given the plans to convert the building had progressed.

“Paul was one of the first people I thought of approaching as he is a respected and trusted businessman, and I am delighted he saw the opportunity.”

Speculative development creates up to 500 jobs

City centre development to be part of pioneering project

Consent given to plans for major warehouse and distribution centre