Speakers at a webinar hosted by TheBusinessDesk.com explored opportunities to strengthen links between Leeds City Region and India.

The event was held to build on the successful launch of the Northern Asian Powerlist 2020.

It was facilitated and hosted by Alex Turner, joint managing director at TheBusinessDesk.com in partnership with the Northern Asian Powerlist, Leeds City Region Enterprise Partnership and Squire Patton Boggs.

Speakers focused on the special relationship between India and the UK, Post Brexit inbound and outbound trade opportunities, how the Consul General of India can support business growth and opportunities for innovation. 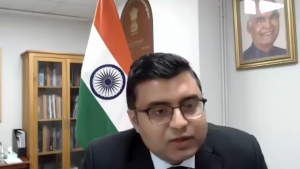 Commenting on his own office, he said it works hard to promote closer economic and cultural ties between India and the UK.

He added: “Britain and India are among the world’s largest seven economies and there has been a robust growth in all aspects of the relationship between them.

“Since 2014 India has seen a new direction. We have been blessed with a stable government which has opened up pathways in almost every sector, whether it’s trade, economy or internal reforms.

“So much effort has been made to develop a world class infrastructure in India. And thanks to the policies of the Indian Government, if you’re an SME based in this region and you’d like to invest in India or collaborate with an Indian entity, this is a very good time to do that.

“India today is one of the youngest countries in the world and a lot of investment has been made in providing skills to our youth so they are ready to take up the world’s challenges.” 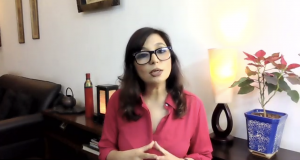 Professor Roopinder Oberoi, founder of the Centre for Innovation and Social Enterprise, University of Delhi, said the economic relationship between the UK and India is going through a very exciting phase.

She said: “India’s demographics is a big asset. We have an average age of 27, with very skilled youth and language is no longer a barrier.

“India is slated to be the world’s third largest economy by 2030. Despite Covid and the slowdown India has suffered, IMF has said we will grow at about 8.8% GDP by 2021 which is remarkable.

“In October we have already seen green shoots in the Indian economy. I was reading a report today which said India is recovering faster than some of the official projections for this year.

“India is also the second largest source of Foreign Direct Investment for the UK. Already the total number of people employed by British companies in India currently stands at about 788,000, representing about 5% of private sector jobs.”

Prof Oberoi said India’s government has made major strides in tackling the legal and regulatory hurdles which have made it difficult in the past for foreign companies to do business in the country.

She noted the government is prioritising specific areas for international collaboration and investment, including digital technology, education, healthcare and rural development.

Andrew Walker, director at Dr Reddy’s Laboratories (UK), explained this is an Indian-owned business which has a pharmaceutical manufacturing site in Mirfield.

He said the company has a global footprint and supplies medicines across the world.

He added: “As a business we have a good relationship with HQ [in India]. Prior to Covid we had lots of visit both ways, involving senior stakeholders from India and staff based here. That’s something the corporation is really keen on.

“When I joined the business it was important for me to go out to India and meet my stakeholders and really try and get a feel for the culture of the organisation.

“And we have lots of secondments from India currently based in the UK.”

Jason Walsh, chief executive, of Leeds-headquartered financial services and insurance company CPP Group, talked about how this listed firm has pivoted from being UK focused to an international company. 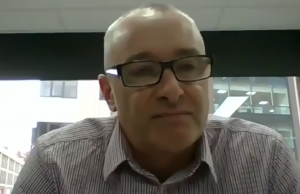 Walsh said: “In 2012 around 75% of our group revenue and profit came from our UK market and about 80% of our customer base was also based in the UK.

“Now, if you take this year, exactly the same figures are true of our Indian operation. In 2020 the vast majority of our group revenue and our profit at the EBITDA level and our customer base is from our Indian market.

“Over the last four years while I’ve been in this role we’ve moved to a more decentralised structure as an organisation.

“We’ve reduced the cost base and the size of our head office operation and invested in our overseas markets and resources and that’s been particularly relevant in India where we’ve built a self sufficient team.

“In terms of the reasons for our success, it’s been all about hiring the right people, rewarding them well, establishing great partner relationships to give us market access, and offering products and services which are absolutely relevant to the expanding middle classes in India.”

He said the firm’s expansion in the Subcontinent had required patience, noting it set up its India base back in 2007/08 but only broke even at the EBITDA level in 2016.

Walsh said it was important to be able to go to India and meet people face-to-face. “You can’t just stay in Leeds and run a successful operation over there, no matter how strong your local team is in India” he said. “You need to immerse yourself in the culture in India.” 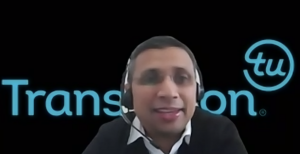 He said this insights and information provider helps businesses and consumers worldwide harness the power of data, helping to fuel thriving economies and empowering people to achieve their goals.

Saha said: “In terms of the relationship between our businesses in the UK and India, there is extensive cross-functional collaboration and exchange of ideas and expertise.

“One example is Open Banking, which was introduced in the UK in 2018 and is becoming more widely adopted by businesses and consumers as a means whereby individuals can directly share their bank account information.

“In India, the Central Bank is looking to implement the infrastructure that would support the introduction of this concept, and we’re working closely with our colleagues at TransUnion CIBIL to drive this forward.

“TransUnion also creates global centres of excellence that enable us to harness the full power of our global capabilities and to deliver efficiencies within our business model.

“In India, we have a global capability centre in Chennai which we launched in 2018. This supports our operations across all lines of business, so there are UK projects that are benefitting from the work we’re doing in India and vice versa. 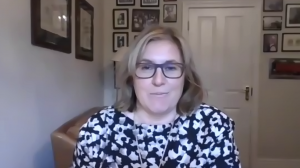 Offering tips for companies considering trading in India, she said: “From a legal point of view India is a large and complex jurisdiction, but on the positive side its legal system is largely established along British lines.

“Where India sits on the rankings in terms of ease of doing business is improving all the time.

“There are practical issues for people to be wary of but those can be avoided with a bit of sensible planning and good advice.

“If you’re thinking about launching new initiatives in India we’d advise you know the regulatory regime you’ll be operating within and recognise that things are constantly evolving.

“Evaluate carefully anybody you’re thinking of doing business with. And it’s good to have thorough legal documents at an early stage that build in those protections which will pay dividends in the future.

“The Indian courts have a reputation for quite lengthy processes so always be aware of how disputes might be sorted out.” 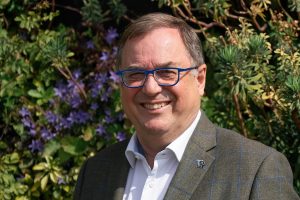 Roger Marsh, chairman of Leeds City Region Enterprise Partnership and NP11, said there was already a good foundation on which to develop stronger links between this part of Yorkshire and India.

He said: “It is important we build on what we’ve already got, it’s not as if we’re starting from scratch. And it’s important that we think of our role as part of the UK’s broader relationship with India.

“We should think about what we can build on in terms of our current sectoral strengths, whether that be within health tech, technology, devices and data, financial and professional services, manufacturing, or more recently the creative and digital space.

“There are business-to-business opportunities both ways, it’s all about a two way street.”

Return of airline passengers ‘couple of years away’...

Firms breaking the sound barrier in the US market