Home / Yorkshire / Invest North / Still in this together

Still in this together

Imagine business life on the other side of the pandemic. Who will emerge stronger? How will values have changed? What behaviours will be different as a result of the crisis?

Invest North is a rallying call. We all know there will be scars and structural changes. At this point, it’s about getting above lockdown fatigue and building an agenda around recovery and opportunity.

Resilience has become the yardstick of our times. The ability to overcome, bounce back and go again defines so much of our individual and collective success. We need that R factor now because the pandemic has produced a kind of universal exhaustion.

Invest North falls on March 24, the anniversary of the first national lockdown. From sole traders to the largest corporates, everything UK Plc has worked through since then has used up huge reserves of energy and adrenaline. People now often complain of the mental fog of months of operating in an extended vacuum. Others talk of the anxiety they see in friends and colleagues, fed by months of uncertainty. A partner on the leadership team of a large UK organisation said to me only last week: “We’ve done loads of things to keep up morale and support the team but they are all knackered and fed-up.”

Gathering as a community with a vested interest in the North, making connections, and accessing fresh thinking is a positive action. It’s a time to engage, not to withdraw. The pandemic has underscored how connected we all are. We stayed at home to protect society. But as the vaccination programs accelerate, and a return to working in the workplace becomes feasible for all, one of the first questions to ask is about the future of our cities, the deep well from which so much of our employment, learning, investment and culture is drawn. 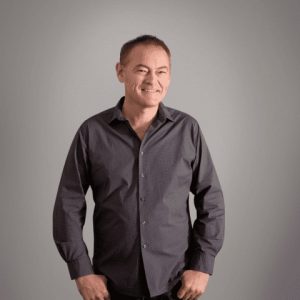 At least one of the pandemic recovery campaigns underway, UnitedCity, in Greater Manchester, is quite right to have focused on the large corporate occupiers and the negative impacts if they greatly delay a return to office-based work.

It’s no less true that, with lockdowns around the world hitting the pause button on life as we knew it, we have seen other ways of doing things arise. In Milan, for example, the pandemic prompted an almost overnight acceptance of new walking and cycle ways, with previously unthinkable street closures and park-lets all created in a matter of weeks. As someone relatively new to the area, I cycled around Manchester during lockdown one, something I’d never considered previously, and was enriched by a better sense of its districts, its history, and how it all links together.

Los Angelenos are experiencing something similar. A city with endemic traffic jams has seen areas reclaimed and behaviours changed. “People have felt they own their neighbourhood again,” Eric Garcetti, Los Angeles’s mayor, told the Guardian in reference to streets that have reduced traffic, or even had it closed off, as offices, retailers and restaurants shut down. “People started walking in their neighbourhood, biking, roller-skating. I think out of this pandemic you will see dozens of streets keeping it this way,” he added.

The last twelve months have also exposed many of the weaknesses in our economy and reinforced some of its harsh inequalities. So is it really about returning to the ‘old normal’ – an economy that worked for many but not for everyone – or are we going to embrace this once-in-a-generation opportunity to figure out something better?

In the world of brands, context is everything and we have certainly seen change. The pandemic means that a sense of community now trumps the importance of the individual. Nike has asked its customers to “play inside, play for the world” and banks have stressed how much they care about our well-being – and, as Lloyds puts it, are ‘By your side’.

Consumers have become much more interested in safety. We are all less brand loyal. The panic buying and resulting shortages early on in the pandemic saw a switch to unbranded alternatives as concepts such as ‘value’ and ‘essentials’ became more important.

Companies everywhere are rethinking operations to focus on resilience and risk mitigation. We also know that being seen to be highly profitable amid this economic mayhem plays poorly with the vast swathes of us worried about the future. The sense that it can’t just be about profit has blossomed. ‘Responsible’ business has in any case been steadily climbing up the agenda over the last decade, driven by investor and regulatory interest. Ignoring expectations now around values and purpose comes with the risk of disconnect, a loss of trust, especially at a time when the smartest brands are focusing on the need to communicate honestly, clearly and transparently.

For me the pandemic has underlined the importance of communication and relationships. On the level of internal communications that might simply mean putting aside spreadsheets and plans, and giving employees more warmth and air time than they might have expected pre-pandemic. When it comes to the wider world of customers, stakeholders and the marketplace, leaving a vacuum where you once had a voice is to starve your brand. Lift yourself up, and the others around you, and get involved in a conversation about a better future.

Generational Change in the North

Data science has underpinned the Covid-19 response – now it can...

Gigaplant development to be key part of creating a permanent home for...