Doncaster-based manufacturer Polypipe Group has reached an agreement to acquire London Topco Limited (ADEY) from private equity firm LDC and other ADEY shareholders for a cash consideration of £210m.

ADEY is a Gloucester-based provider of magnetic filters, chemicals and related products. These protect against magnetite and other performance issues in water-based heating systems and improve energy efficiency, operating in predominantly residential end markets.

The consideration for the acquisition will be funded via a combination of Polypipe’s existing debt facilities and the proceeds of an equity placing, representing 8.2% of Polypipe’s issued share capital.

The placing results have been announced this morning. A total of 18,704,085 new ordinary shares have been placed by Deutsche Bank AG, London Branch and Numis Securities Limited, acting as joint bookrunners, raising gross proceeds of approximately £96.3m. 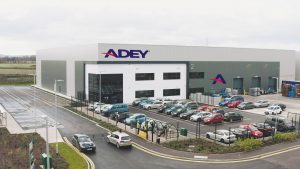 It says the deal will provide significant growth opportunities across the combined business.

ADEY’s existing management team will remain with the company.

News of the latest deal comes only nine days after Polypipe announced it had purchased Nu-Heat, a supplier of sustainable underfloor heating solutions, air and ground source heat pumps, and other renewable heating systems for £27m.

Martin Payne, Polypipe chief executive officer, said: “Polypipe’s strategy is to grow both organically and through carefully selected value-enhancing acquisitions, with a particular focus on sustainability and sectors within climate and water management.

“ADEY is a pioneer and market leader in the residential heating protection market, one of the fastest growing segments of the UK construction market, underpinned by a shift towards more energy-efficient heating systems and regulatory tailwinds.

“Like Polypipe, it has a strong track record of innovation and new product development, with the acquisition strengthening the proposition for our customers and accelerating Polypipe’s growth.”

Matthew Webber, ADEY chief executive officer, added: “We are excited to be joining Polypipe and by the growth opportunities ahead.

“The combined business will allow us better to serve our customers, which will continue to be the foundation for our future success.”

LDC invested in ADEY in June 2016 to support domestic and international expansion.

With LDC’s support, ADEY invested heavily in product development and, in an industry first, launched a next generation universal water testing kit which provides lab-style reporting and interpretation instantly to a smartphone.

The business strengthened its commercial water-testing service through its acquisition of Alpha Scientific in 2019 and added additional sites including a new satellite lab in Manchester.

Despite the disruption to operations caused by COVID-19, ADEY delivered about 5% net revenue growth in the year ended 31 December 2020.

ADEY and LDC were advised by Rothschild and Osborne Clarke, and transaction support was provided by PWC and OC&C. Management were advised by Deloitte and Squire Patton Boggs.