The owners of Keepmoat Homes, the UK’s leading partnership home builder are considering a sale or stock market listing.

TDR Capital, which recently supported the Issa brothers takeover of Asda, and Sun Capital have reportedly hired investment banks Barclays and Moelis to explore options for the Doncaster-based business.

Sky has reported that insiders have estimated the business which is the UK’s seventh largest housebuilder by volumes, to be worth circa £700m-£800m.

The developer reported a record year in its last annual report for the year to October 2019, delivering over 4,000 new homes across England and Scotland with a revenue of £649.8m. 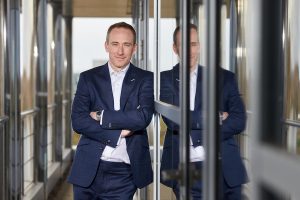 The firm’s chief executive officer, Tim Beale, recently told TheBusinessDesk.com that despite the challenges the firm had faced over the last 12-months due to the pandemic, demand has remained high. He highlighted that the housebuilder currently only had six stock houses, adding “normally we’d carry 10 times that amount”.

Beale has also highlighted how the firm’s partnership model – which sees it work with local authorities , Homes England and private land owners to deliver sites – is one that he believes will become more prevalent in the industry.

He stated: “[The partnership model] is attractive because it offers a high return on capital. We build more sites, we deliver more much needed homes for people with less investment required – which means it’s great for society but it’s great for investors too.”

Beale became chief executive of the business in 2019 having previously joined Keepmoat in 2017 as a divisional chairman before spending a year as chief operating officer and deputy chief executive. Looking ahead, he explains Keepmoat Homes is continuing to grow its operations across its core geographies but particularly in Yorkshire, North West, Midlands and Scotland.

Commenting on the news of a potential sale or flotation, Beale said: “Keepmoat has been trading well throughout the Coronavirus Pandemic and is well positioned to deliver its future growth plans. As a private equity owned business, Keepmoat Homes remains open to considering all available options, however at this stage no decisions have been made relating to the direction it will take in the future.”

A potential flotation for the business has been rumoured previously, when the former chief executive of Crest Nicholson who led the its floatation, Stephen Stone, joined Keepmoat Homes as non-executive chairman in 2019.

At the time of his appointment it was said Stone had an “exemplary track record” within the sector and that he played a key role in the transformation of Crest Nicholson “returning it to the public markets and generating substantial value for its shareholders”.

Keepmoat Homes was acquired by the TDR and Sun Capital in 2014 from Lloyds Banking Group, with both also owning Knaresborough-based modular housebuilder ilke Homes, which evolved out of Keepmoat Homes and launched in 2017.

£1m investment opens up another label market for specialist print...

More hope on the horizon in the campaign against COVID-19