The climate change crisis is at a pivotal moment where rhetoric about decarbonising and becoming sustainable needs to become reality.

But the journey to this point has been a long one. Countless political figures have spoken about the crisis and looked to spearhead a movement, but ultimately did very little. That was until a 15- year old Swedish girl decided to take a stand.

That girl Greta Thunberg became the lightning rod for not just climate change activists but to whole generations who saw that it was their future that was ultimately being impacted.

Thunberg however is not alone and you don’t have to go too far to meet young people who are actively engaging with the green agenda.

TheBusinessDesk.com recently sat down with Will Solomon, 16 and Curtis Yip, 15 who are both members of the Yorkshire and Humber Regional Youth Climate Assembly (RYCA) to discuss the topic of climate change, why businesses need to engage and some of the assembly’s manifesto points. 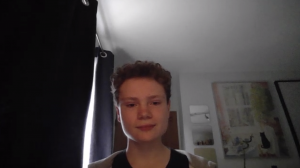 Solomon started by explaining RYCA was created in August 2020 in the midst of the pandemic as part of the bigger Yorkshire and Humber Youth Workers Unit and part of the Youth Councils system.

He noted: “I think Zoom has been quite helpful [for us] because I’m from West Yorkshire, Curtis is from South Yorkshire and we’ve got members from across the whole of the region, so it’s easier for us to meet on here [via Zoom] than it is for all of us having to get trains to York for instance every week.”

The group currently has 14 core members who attend the majority of meetings however, Claire Whiteley who helps organise it through the bigger Yorkshire and Humber Youth Workers Unit added that because sessions can be focused specifically some topics will attract a broader audience, for instance a session on transport might attract 40.

Whiteley, Solomon and Yip however also share that the audience for their work appears to only be getting bigger, with 100 young people attending an event the Assembly held linked with South Africa that looked at the difference in experience of climate change between the Northern and Southern hemispheres.

However, the two teenagers also emphasise it’s not just other young people they’re speaking to or are keen to engage with.

Watching the group’s manifesto video which lays out the aims of the Assembly one of the striking notes is “equal environmental funding North + South of the UK”, do they see a divide? 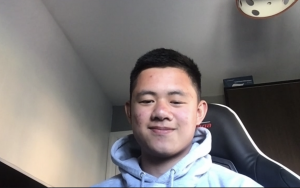 Yip explained: “Climate change itself is a shared responsibility which requires a shared approach.

“if they’re [the Government] just segregating the North and only investing in the South, that might meet demands but how is it sustainable in the long run.

“It’s about together responsibility and together action.”

Speaking like a politician beyond his years he adds: “Investment in the North should be a priority really, because us Northerners have faced much austerity and cuts [over the years].”

Solomon continued highlighting that the climate crisis isn’t a challenge for just one region, “It needs looking at internationally, nationally, regionally, locally and we need to talk about ‘place-based climate action’.

“Climate change isn’t a general issue with a one solution fits all [response], which makes it a lot harder to combat. But making sure that places in the north and places in the south get the same sort of attention [is key].

“When we talk of transitioning to a net-zero economy [its important] that no one gets left behind, as the North knows very well what it’s like when there is a transition and not everyone isn’t brought along.”

As the conversation continues we turn to talk about businesses and the importance of them engaging with the topic.

“It’s incredibly important” explains Solomon, ” people are becoming more conscious about what they buy. But also, in many ways it’s more economically viable for them to become more climate friendly.”

He cited supermarkets as an example noting that they will have to consider how they handle food from a packaging point of view and engage with customers about topics like less plastic as it will fuel purchases.

The 16-year old also highlighted the important role of business in both driving the change forward and driving investment as he sees the way that a real impact will be made by the green revolution is to “bring jobs and investment places” through businesses.

Yip added “I think we should all really know how important [tackling climate change is]. But I think the key [for businesses] is to engage. Climate change isn’t just about the environment, it’s about channels that branch off into other opportunities – in particularly young people.”

He explains that he sees it as crucial young people are given the opportunities to develop the skills that companies are going to need to not just tackle climate change but to innovate.

Solomon added that the impact of young people becoming aware, engaged and active on the climate crisis is just the beginning.

Yip continued by comparing the societal impact to the impact that the pandemic and lockdowns has had on lives. “When all the restrictions are gone [we won’t] go straight back to ‘normal’. The sacrifices made, things learned through the process of the pandemic, the benefits that we got from taking a step back from the fast pace of the world will be ingrained within us. It’s the same with tackling climate change the engagement, communication channels and networking that we have made through [the movement], that’s not going to go, we’re going to develop and evolve them.”

He ended by noting that solving the climate crisis is about “implementing innovative strategies and pragmatic solutions and incorporating them across different sectors” in order to achieve a combined goal.

As the meeting draws to a close it’s clear that perhaps the climate change agenda is giving the younger generation a voice and enabling them to be heard.

So as a final question to Will and Curtis, what would they like to say to the chief executives, managing directors and partners of businesses across Yorkshire and the Humber and what would you suggest they do when approaching climate change?

Their answers show both their youth, confidence and passion….

Solomon: “Listen, listen to young people and to experts, listen not only about climate change but about everything in the future because in many ways you need us, as a business without a consumer won’t work and a business without a sustainable business model whether economically or environmentally won’t work. We all need to work together, we can’t isolate ourselves!”

Yip: “Firstly, I’d say ‘wake up’. The second thing I’d say is invite, invest, welcome and encourage your people to be passionate about issues and employ people who are whether it’s climate change or focusing on a broader spectrum and you’ll have a root and fundamental system in place that will allow ideas like saving the planet to easily be spread through the organisation.”

It’s clear that Thunberg is not alone and that the climate crisis has inspired a generation to speak up. But also, that the future for Solomon, Yip and RYCA looks set to be exciting – having hosted events with South Africa, had its manifesto seen at the Scottish Parliament – something Solomon says no one knows how it happened- and is preparing to meet with the senior leadership team of the Environment Agency, it appears organisations are doing what the two teens hope – listening and engaging!