The energy-focused Bayford Group has made a “multimillion-pound” investment to take a majority stake in RAW Charging.

It is the latest move in Bayford’s strategy to have a bigger presence in emerging technologies in the energy and mobility sectors and it has big plans for RAW.

The electric vehicle charging infrastructure business has the ambition to create the UK’s largest network of public chargers, and is supported by an established partnership with ChargePoint, which has more than 110,000 connected chargers across the world. 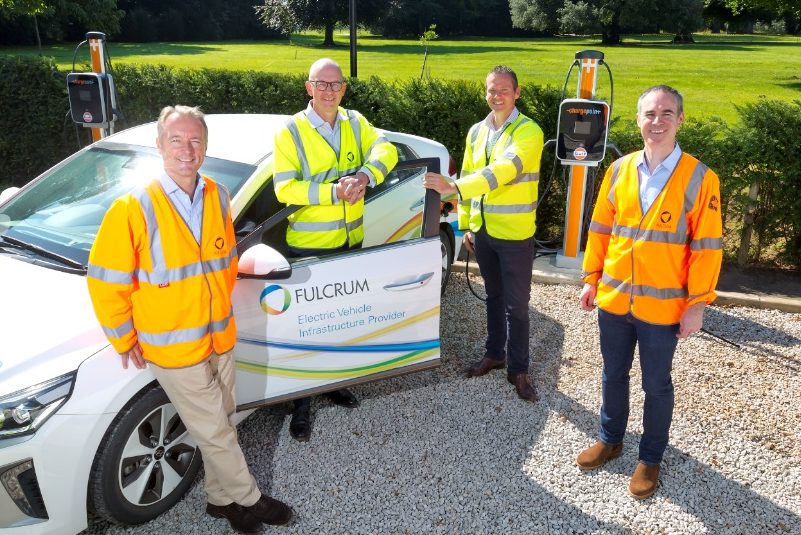 Six EV bays were installed at Bayford Group’s head office, Bowcliffe Hall, in 2020 in a partnership between Chargepoint, Fulcrum, and Gulf Gas and Power

Jonathan Turner, chief executive of the Bayford Group, said: “There is a wonderfully exciting energy revolution happening right now, quite unlike anything we have seen since the discovery of oil wells over 120 years ago. It was obvious to me, having spent 25 years at the sharp end of fossil fuels for energy and every kind of mobility that there was change coming.

“I think it was the environmental impact that first got me thinking, so I sat down with my team and we started to look at the alternatives, of which electricity was becoming the most obvious, alongside hydrogen and compressed natural gas.

“The various businesses we have started, acquired or purchased a stake in, are all where I want us to be and the recent RAW Charging investment is a great example of that.”

The Bayford Group is the largest private investor in Fulcrum, the Sheffield-based, stock market-listed energy infrastructure business. Turner became a non-executive director of the business last year as part of board changes that saw the departure of Fulcrum’s chairman Philip Holder.

Bayford also owns two gas and electricity supply businesses – E (Gas and Electricity), which has 170,000 prepay customers, and Dutch company Gulf Gas and Power which focuses on the business market.

Turner has a love of old cars but is a convert to the entrepreneurial excitement the EV revolution offers.

The relationship with RAW began when Turner, who had started a similar EV charging installation business, met Bruce Galliford, chief executive of Gloucester-based RAW. Initially the pair explored an idea to start a business to adapt classic cars into electric vehicles before the Bayford Group-RAW relationship developed.

Turner added: “We were making steady progress in EV, but I don’t like steady. Mario Andretti once said that ‘if everything is under control then you are not going fast enough’ and as I tend to live by that I saw in Bruce a like-minded businessman who was ahead of the curve in the revolution.

“Rather than continue to build our own business it was clear that we should consolidate our efforts and lead the charge, supporting the low carbon agenda and the drive to net zero emissions.”

Exclusive agreement reached to deploy biogas technology in the UK