Morrisons has agreed a £9.5bn takeover deal with a consortium of private investment groups.

CD&R had made a bid at 230p-per-share but the successful bid, revealed on Saturday morning, is worth 254p. The £9.5bn deal value includes £3.2bn of net debt.

Morrisons chairman Andrew Higginson said: “It’s clear to us that Fortress has a full understanding and appreciation of the fundamental character of Morrisons. This, together with the very clear intentions they have set out today, has given the Morrisons directors confidence that Fortress will support and accelerate our plans to develop and strengthen Morrisons further.”

If completed, the deal would be the second takeover of a British supermarket in a matter of months, following on from the Issa brothers’ £6.8bn purchase of Asda. The acquisition of Asda received final CMA clearance last month, eight months after it was initially announced and two years after a proposed Sainsburys-Asda merger collapsed due to competition pressures.

Morrisons’ agreement with Fortress ends two months of negotiations, after the investment group made an initial bid of 220p which was not made public. The successful 254p-per-share offer is made up of comprising 252p in cash and a 2p cash dividend. 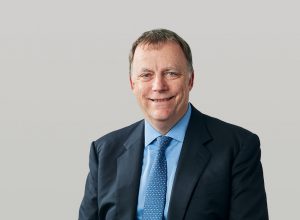 Higginson added: “Morrisons is an outstanding business and our performance through the pandemic has further improved our standing and enabled us to enter the discussions with Fortress from a hard-won position of strength. We have looked very carefully at Fortress’ approach, their plans for the business and their overall suitability as an owner of a unique British food-maker and shopkeeper with over 110,000 colleagues and an important role in British food production and farming.

“Fortress, CPP Investments and KREI all have strong track records and a long-term approach to investing. They are backing our strategy, our management and our people. Morrisons has a rich history and a special culture and I am convinced that with the long term support of Fortress, the business will continue to prosper in the future.”

Fortress is leading on the investment and is partnering with Canadian pension group CPP Investments and KREI, which is part of Koch Industries, which is one of the largest privately held businesses in the United States.

US-based investment group Fortress is part of Japanese conglomerate SoftBank and its UK interests include Majestic Wine, which it bought in 2019. It has been an investor in the US grocery and petrol station sectors for nearly two decades.

Joshua A. Pack, managing partner of Fortress, said: “We believe in making long-term investments focused on providing strong management teams with the necessary flexibility and support to execute their strategy in a sustainable and value enhancing manner.

“We fully recognise Morrisons’ rich history and the very important role Morrisons plays for colleagues, customers, members of the Morrisons Pension Schemes, local communities, partner suppliers and farmers. We are committed to being good stewards of Morrisons to best serve its stakeholder groups, and the wider British public, for the long term.”

Analyst Richard Lim, chief executive of Retail Economics, said the deal “signals the biggest shakeup in the UK grocery sector for over a decade”.

He added: “The grocery sector is transitioning through a period of enormous change as the impact of the pandemic has shifted buying behaviour. Navigating the fast-paced change in market dynamics, customer behaviour and the pressures on the food supply chain in a post-Brexit environment will be no easy feat.

“Success will hinge on the new owners gaining the support of experienced key members of the leadership team to execute on the future strategy. This will be critical given the pace of change sweeping through the industry. However, the shift towards online grocery shopping, the growth of rapid delivery and the cross-over with the takeaway market presents lucrative opportunities if the transition of ownership becomes seamless.”

The Morrisons deal value is more than 40% above the retailer’s share price before news of CD&R’s unsolicited bid became public last month. It is also eight years since Morrisons share price consistently traded above 250p. 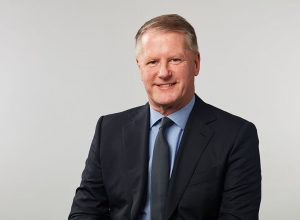 It is testament to the successful turnaround of the business by Higginson and chief executive David Potts, who took over the supermarket chain in 2015. Morrisons was widely seen to have lost its way, typified by misting machines on its fruit and vegetables and shrink-wrapped bananas.

It was losing ground to the discount retailers of Aldi and Lidl but failing to make any impact on the middle ground.

At the 2014 AGM, former chairman Sir Ken Morrison told Morrisons chief executive Dalton Philips: “I have something like 1,000 bullocks and, having listened to your presentation, Dalton, you’ve got a lot more bullshit than me.”

Within months Higginson and Potts had joined their former Tesco colleague Trevor Strain, who became Morrisons CFO in 2013, to spearhead a transformation of the supermarket group.

The results surprised analysts and reassured shoppers, reestablishing Morrisons as a strong force in British retail.

£100m fundraise for Endless as it looks for transformational...