The first major event at Harrogate Convention Centre following its conversion from a Nightingale Hospital, has been hailed a success.

The Home and Gift Buyers’ Festival and the Manchester Furniture Show attracted more than 10,000 visitors to the town, with a projected economic impact of £750,000.

The four-day event was a part of the Government’s events research programme (ERP) pilot.

Prime Minister Boris Johnson said: “The Harrogate Convention Centre is a great asset to the local economy, and I am so glad to hear that it is now back and ready to take part in the Events Research Programme pilot. 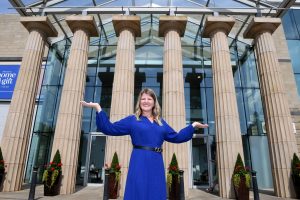 “The past year has been an immense challenge for the whole country and now, with the aid of events like this, we will all be one step closer to normality.”

All attendees were required to certify either two vaccinations at least two weeks prior to attending or a negative NHS Lateral Flow Test at least 48 hours before attending.

Paula Lorimer, director at Harrogate Convention Centre, said: “We’ve been waiting a long time to open venue doors and give people the opportunity to meet, network and do business.

“We were particularly delighted that it was the Home and Gift Show as our first major event, as it celebrates 60 years in Harrogate – it’s a real Harrogate success story.

“What’s more, we are proud to have played a leading role in the ERP pilot programme for the event sector.

“Looking forward, Harrogate Convention Centre has more than £15m of economic impact on its books between now and next March.”

It was the first major event at the conference centre, following a conversion back to its regular use, after being a stand-by 500-bed NHS Nightingale Hospital.

Gemma Rio, head of destination management for Harrogate, said: “It was fantastic to see the buzz at Harrogate Convention Centre and across the town over the past few days.

“COVID-19 has influenced the tourism landscape dramatically over the last 18 months. Lockdowns and travel restrictions have taken their toll on many towns and cities and devastated the hospitality industry.

“Events and the visitor economy are critical to the district’s bounce back and growth. 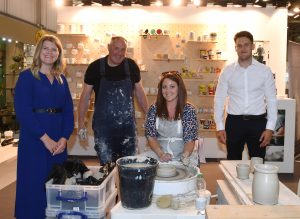 “These two events, along with other recent events such as The Great Yorkshire Show, which made a triumphant return to Harrogate last week, are significant first steps in the event industry’s recovery.”

In a normal year, Harrogate Convention Centre hosts an estimated 150,000 conference and trade delegates with an economic impact of £35m on local hotels, B&Bs, bars, restaurants and shops.

“Within that context, it was very welcomed to see the appetite and enthusiasm for an in-person buying and selling event.

“This was the first year we brought our sister show, the Manchester Furniture Show, with over 5,000 specialist furniture and interiors buyers at the event. It’s a thrill to be back.”

There’s just a week to go….book your ticket to come and...

Something to celebrate at this month’s Northern Leadership...

Showcasing the North’s innovators and disruptors