Ambitious £3m plans have been revealed to convert two empty office buildings in Hull’s The Maltings development into 31 new apartments.

Continental Gold, the developer behind the scheme, aims to start work by the end of next month and have the project complete within 12 months. 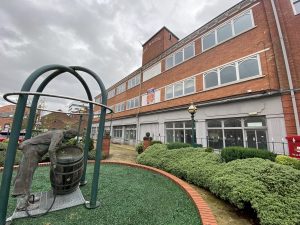 The scheme follows the recent sale of the two three-storey buildings within The Maltings – Oast House and Cooper House – for £1.1m, in a deal handled by Hull-based commercial property agents Garness Jones.

The project is being led by Continental Gold founder and CEO Rupert Kay.

He has experience of working in the construction sector locally with Beal Homes, before spending time at a South Yorkshire-based development company where he gained experience of running multiple projects, running into values of several millions of pounds.

Having now launched his own development business, he said he was delighted to be launching his first large-scale project is in Hull, having seen a shift in the demand for city centre apartment developments in recent years.

Kay added: “I’d had my eyes on this location and building for quite some time if I am honest, but just had to wait for the right time to make the purchase.

“Now is that time given the continuing demand for city centre living in Hull and the major investment happening across the city.

“The Maltings is a fantastic development in a great, historic part of Hull and it has been crying out to have a residential element alongside the office space already provided.

“These two buildings lend themselves to being converted, and whilst we’ll retain their original look and feel, we will also be modernising them with balconies, lighting and fantastic interiors.

“There has been a real market shift in Hull in the city in recent years, led by great developments such as the Fruit Market and The Glasshouse in Queens Gardens, which have made people really aspire to live in the heart of the city.

“Our plan is to make a real success of this development and then repeat it again in Hull at another location.”

Situated next to Hull New Theatre, the apartments will be minutes from the planned multi-million pound redevelopment of Albion Square, which Hull City Council says will be transformed into a mixture of residential, office and retail space, as well as a large urban woodland park. 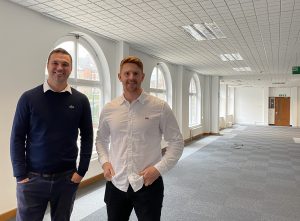 Paul White, director at Garness Jones, said: “We are delighted to have concluded this deal with Continental Gold and Rupert as they are passionate about delivering another high-quality city centre residential development.

“We have been involved in a number of deals over the past two years which have seen investment into city centre living in Hull.

“Alongside increased investment into leisure offerings, such developments can really add vibrancy to the city centre, and that is good for all.

“Rupert and Continental Gold have already made a significant investment in purchasing these two buildings and have plans to spend millions more to breathe new life into a historic area of this city.”