RAW Charging, a Wetherby-based provider of electric vehicle charging solutions and infrastructure, has appointed David Richards as a non-executive director

Richards holds extensive experience in the automotive industry, as founder and chairman of motorsport company Prodrive, whose focus has shifted in recent years to the development of advanced technology solutions in the automotive, aerospace, marine and defence industries.

He is also currently the chairman of Motorsport UK and has six years’ experience as chairman of iconic British sports car manufacturer Aston Martin.

As well as this, he sits on the advisory board of Cranfield School of Management, is chairman of trustees of the British Racing Drivers’ Club Motor Sport Charity, and a patron of the schools’ initiative Greenpower.

In the 2005 Queen’s New Year’s honours, he was made a Commander of the British Empire (CBE) for his services to motorsport and has honorary doctorates and fellowships from the Universities of Wales, Coventry, Warwick and Cranfield.

In 2017 he was inducted into the Motor Sport Hall of Fame and presented with the Spirt of Le Mans award by the Automobile Club de l’Ouest (ACO).

In his early career Richards spent eight years as a professional rally codriver, winning the World Rally Championship in 1981, alongside studying to become a Chartered Accountant.

Bruce Galliford, CEO, RAW Charging, said: “We are delighted to have David joining the leadership team at RAW Charging.

“His background and experience are highly relevant, and his skillset will be invaluable in helping RAW become the leading provider of electric vehicle charging in the UK and Europe.”

Richard added: “I’m delighted to be joining RAW Charging as my interests continue to shift towards carbon neutrality.

“RAW is helping to roll-out long-term, renewable energy, infrastructure assets which will be critical in the electric vehicle revolution and subsequent reduction of carbon emissions, which complements much of the work we are currently undertaking at Prodrive.

“I look forward to lending my experience to assist RAW with its rapid growth.” 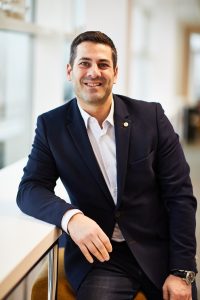 Membership and networking organisation York Professionals has welcomed Elliot Rich as chair at the group’s AGM.

Rich, who runs peer support and coaching business The Alternative Board in York, takes the reins from outgoing chair Michelle Mook, who has led the organisation for the last three years and overseen its evolution to continue supporting members through the pandemic.

Mook says she is delighted to remain on the board and looks forward to supporting Rich as he takes the helm.

Rich, who has held a York Professionals board director role for several years and the vice chair role for the last 12 months, said: “I am relishing the honour of taking over as chair and, on behalf of the board, would like to thank Michelle for the wonderful job she has done during the most challenging period in York Professionals’ 20-year history.

“I’m looking forward to leading the organisation into its next phase, as we launch our programme of member support into a new year, which will build in more face-to-face events alongside the online networking that remains incredibly popular.” 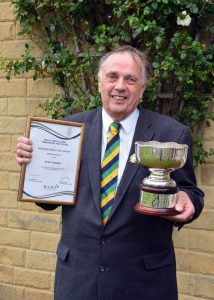 Brown founded Ripon Farm Services with friends and fellow businessmen back in 1982.

The company today employs 260 people and a turnover of more than £100m.

Commenting on the firm’s success, Brown said: “This gives me tremendous pleasure, but I would stress that the success of Ripon Farm Services is down to the loyal and committed staff we have employed over the years.

“They have been the bedrock of this company and their dedication and expertise is second to none.”

His journey from apprentice at Glovers to managing director of Ripon Farm Services began in the mid-1960s, when Glovers was taken over by motor and agricultural dealers the Appleyard group.

When Appleyards took on one of the very first John Deere dealerships in the UK, Brown was promoted to the John Deere demonstrator for the company.

Ripon Farm Services is now one of the UK’s largest John Deere dealers with 11 depots and groundscare machinery departments as well as three Ifor Williams trailer dealerships and a newly opened vehicle Paint and Body facility.

They took on both the John Deere and Land Rover franchises.

Brown said: “The 1980s and the 1990s were successful decades for business and for agriculture, the company flourished prompting a move to premises on Dallamires Lane Ripon.

“Our relationship with John Deere went from strength to strength and we took over a number of dealerships including Smith Brothers at Cross Hills near Keighley, and EA Clayton Ltd at Carlton near Stockton-on-Tees.”

“We have continued to expand, purchasing RBM Agricultural Ltd and their five branches at Market Weighton, Malton, Retford, Brigg and Louth in 2019.

“We are opening a new depot in Malton very shortly. We also intensified our focus on agricultural machinery by selling our Land Rover dealership in 2016.”

This year, Ripon Farm Services hit the headlines by launching the largest combine harvester in the world at the Great Yorkshire Show. 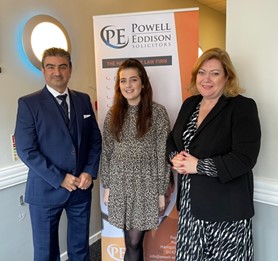 Smyth said: “It’s exciting to have joined such a well-established law firm. As a junior lawyer looking to progress my legal career, I know the firm’s reputation and existing experienced team will help develop my skills and increase my knowledge.”

He added: “We are committed to ensuring we are able to offer our clients the level of service they have come to expect from us, and Rebecca will help to ensure the Residential Conveyancing team is perfectly placed as we progress into 2022.

“Further recruitment in the firm’s property team and the firm’s sister practice, Avery Walters, is planned over the coming months.”