Dealmakers at Dow Schofield Watts’ Northern offices reported that they almost doubled the volume and value of deals completed in 2021.

The record figures come on the back of a buoyant deals market, with an abundance of available capital, strong demand for quality businesses and keen interest from strategic corporate buyers, private equity and debt funders.

Key deals on which the corporate finance team in Yorkshire & the North East advised on during 2021 included the sale of Sheffield Forgemasters to the Ministry of Defence; the refinancing of Carnaby Caravans by Shawbrook and Frontier Development Capital; and the sale of video game developer Firesprite to Sony Interactive Entertainment.

Meanwhile, the transaction services team in Yorkshire & the North East advised on a number of deals with key regional plc’s including SIG plc and Cranswick plc as well as private equity and debt fund investments including Pricoa’s investment in Nixon Hire.

Roger Esler, joint head of the corporate finance team in Yorkshire & the North East, said: “2021 has been an outstanding year for the business as the economy continues to recover.

“The excellent availability of capital, both from private equity firms and an increasingly diverse population of debt providers, together with strategically motivated trade buyers, has created a robust environment for M&A and fundraising generally. 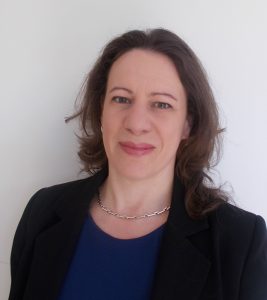 “Environmental services, insurance, technology, health and fitness, leisure and specialist retail have all been hot sectors, while manufacturing has gone from strength to strength.”

Sophie Colloby, joint head of the transaction services team in Yorkshire & the North East, added: “The buoyant market has encouraged some vendors to accelerate the sale of their businesses.

“We have seen some well-prepared businesses and this really helps with an efficient process and can protect value.

“However, we have seen other businesses much less prepared and these would have benefited from vendor diligence or detailed financial preparation to highlight potential issues and avoid a protracted or aborted process.”

E-commerce marketing platform secures £4m worth of Series A funding