A committee will consider what steps should be taken over Sheffield City Council’s chief executive, who has come in for fierce criticism for hosting drinks in her office during Covid-19 restrictions.

Kate Josephs has already apologised for the gathering at the Cabinet Office, held to mark her leaving the civil service on 17 December 2020 – while London was under Tier 3 restrictions.

At the time, Josephs had been the director general of the Cabinet Office Covid Taskforce and she is now facing calls to step down from her current council role. 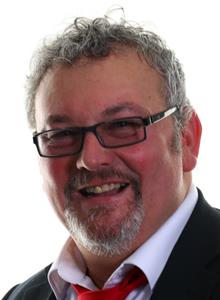 Leader of Sheffield City Council, Terry Fox, said: “Because of Kate Josephs’ senior role as chief executive, we need to set up a cross-party committee to consider what steps, if any, should be taken next.

“I have heard strong and emotional views from across the city. I absolutely understand the reaction after all that Sheffield has been through these last couple of years.

“We now need to let the committee carry out this work, and we also continue to await the outcome of the Cabinet Office’s wider report. There is nothing further to add at this time.”

Sheffield City Council adds there is a “prescribed statutory procedure” when dealing with a role at Josephs’ level in local government, stressing this is not something that the council leader or Co-Operative Executive can deal with alone.

It notes the cross-party committee will meet in private and will comprise a small number of members, politically proportionate, including at least one who is a member of the Co-Operative Executive.

The council also states: “We expect the committee to begin work in the coming days.

“While we cannot yet know how long it will take, we expect it to move at pace. We expect it will also take in the findings of the Sue Gray report.”