Credit group Non-Standard Finance (NSF) faces a fight for its survival less than three years after it failed with a £1.3bn hostile takeover bid of rivals Provident Financial.

The Wakefield-headquarted group, which operates brands including Everyday Loans and Loans at Home, has revealed it will need a “substantial capital raise” in the second half of this year.

It said the group’s “ability to remain a going concern is subject to a material uncertainty” and is dependent on securing funds.

NSF would have breached a covenant at the end of March on its loan-to-value ratio but had secured waivers and extensions until June 15.

But before it can complete its capital raise it needs to reach agreement with the FCA about its proposed redress scheme in guarantor loans. It has been in talks with the FCA since August 2020 and has allocated £18m for customer redress in its 2020 and 2021 accounts.

However potential investors are looking for “sufficient certainty” about the liabilities before committing fresh money. 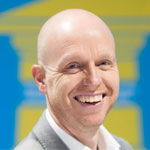 NSF’s group chief executive Jono Gillespie who took over the role last September said NSF’s directors “continue to believe that there remains a reasonable prospect of resolving this position and completing the capital raise as planned”.

But he is optimistic about the group’s prospects after that. Gillespie said it is clear that “consumers face a difficult period” and the rising cost of living will “increase demand for credit and could present a significant opportunity” for businesses like NSF.

“Assuming we are able to raise capital as planned, the group will be well placed to serve any ensuing increase in demand,” he added.

NSF’s share price slipped a further 9% this morning, but its shares have been essentially worthless after losing 90% of their value between September 2017 and the early weeks of the pandemic. The group’s market value is below £10m.