Joining the firm’s York office, Barnes brings more than 20 years’ experience to the firm’s Child Law team, as the business continues to expand its presence across North Yorkshire.

An accredited member of the Law Society Children Law panel, Barnes joins from Langley’s to continue his practice in highly complex proceedings, often representing children where the cause of harm to them needs to be evidenced and decisions made about the care they need.

He said: “I have developed a close working relationship with colleagues at Ramsdens.

“As such, I know from first-hand experience why they are held in such high regard in the North Yorkshire region with clients and professionals.

“This is an exciting and welcome opportunity for my practice in North Yorkshire and Teeside to grow and develop further both with and within, a well-established team.”

Joanne Coen, partner and head of the Child Law team at Ramsdens, added: “Nick’s approach to work and ethos is exemplary. I have no doubt that Nick will play a key role in consolidation and further growth of Child Law work in York and further afield.

“Nick and his team are a reflection of the growth for Ramsdens in York and our intended further expansion.” 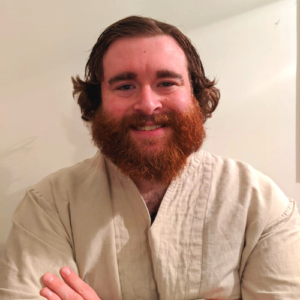 SALT.agency has promoted Dan Taylor to head of technical SEO.

In his new role, he will be responsible for building frameworks for the SALT.agency team and overlooking the technical performance of all clients.

While studying at university, Taylor worked at Grimsby docks. He then swapped fish for the digital world when he landed his first internship at a Leeds-based company.

Having previously built two websites between the ages of 14 and 17, he began to develop a keen interest in SEO. He has worked both in-house and agency side, helping companies around the globe develop their SEO performance.

Taylor said: “Having been at SALT.agency for six years, I’ve seen first-hand how the culture is one of personal development and innovation, refusing to settle for ‘that’ll do’.

“My new position means I can help shape the next phase in the agency’s evolution, which is a privilege.

“The team at SALT.agency has a global reputation for technical, and I relish the challenge of helping to build its status within the global SEO space, giving our team the recognition they deserve for expertise and knowledge.”

Reza Moaiandin, co-founder and director of Leeds-based SALT.agency, added: “Dan has been a core member of our team for many years, and it is great to see him become our head of technical SEO.

“His knowledge of technical SEO is near peerless, and I am excited to see how he will innovate and lead our team and clients through some of the organic search’s most challenging and competitive verticals.” 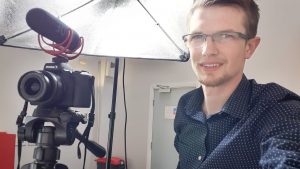 Sales development consultancy, SalesStar UK, has appointed a digital marketing executive on a full-time basis after he completed a six-month placement under the Government’s Kickstarter scheme.

The Huddersfield-based firm, which is the UK Headquarters of SalesStar global, has promoted Oliver Eaton to full-time digital marketing executive to head the UK’s social media marketing strategy.

He is the second young person the firm has invested in from within the Huddersfield region, as it also appointed Dylan Cowan as apprentice sales executive in early 2021.

Pete Evans, managing director, said: “When we first met Oliver, we were initially impressed by the experience he had acquired at a young age, and it was an easy decision to take him on under the Kickstart scheme.

“Over the past six months, he has continually impressed us with his skills and continues to take our social media channels to new levels. He has recently started to support our global team with their video and social content, as well as working closely with our external PR agency to maximise results.

“Oliver is a fantastic addition to our team and we can’t wait to see what the future holds.”

Eaton completed a Broadcast Journalism degree at the University of Huddersfield. He was previously a content manager for Huddersfield Town Women’s Football Club, where he created the video and social content and which he has continued to do so on a volunteer basis whilst working at SalesStar.

He said: “I can’t believe how much I have achieved during my first six months at SalesStar. I have had the opportunity to develop my skills and continue creating content on SalesStar’s behalf.

“I am honoured they want me to become a full-time member of the team and look forward to building my career at a company which really cares about my development.”

Evans added: “We know how hard it has been for young professionals to get the start they deserve. That’s exactly why we have committed to providing individuals with a chance to begin their careers with us as we continue to grow.

“I can’t shout enough about how beneficial it has been for us, as well as the pride we feel in helping the local community find employment.” 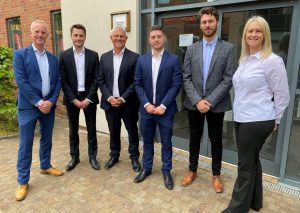 Property consultant Eddisons has appointed newly promoted associate director Curtis Bowles to head the new Sheffield building and project consultancy team at its South Yorkshire office, which was launched in the city in October last year.

Joining Eddisons in 2016 as a building surveyor, Bowles was promoted to associate director at the Leeds-headquartered firm this year and will now head a five-strong team of building and project consultancy colleagues who will make the move to Sheffield with him from Eddisons’ Leeds office.

“Eddisons are fully invested in recruiting and nurturing young people and enabling them to progress upwards within the business. It’s fantastic to see people who started with us as youngsters develop and rise to new challenges.

“The Sheffield office is seeing an increase in business across the board, with particularly strong growth in the education sector in South Yorkshire and the Midlands.

“The important work we are doing with schools and colleges is helping them generate winning bids to secure Government funding for much-needed physical improvements to grounds and buildings.