Home / Yorkshire / Property / ‘There’s a real optimism in the city’

‘There’s a real optimism in the city’

Yorkshire’s reputation as a creative hub is getting another boost this autumn with the arrival of Tileyard North in Wakefield.

The region which since its bid for Channel 4’s HQ has continued to proudly profile and celebrate its creative industries will become home to a new mixed-use space designed entirely around those businesses, as London company Tileyard expands its presence outside the M25. 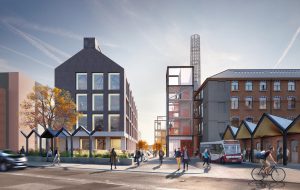 The former Rutland Mills, opposite the Hepworth Art Gallery in Wakefield has over the last six years been undergoing a transformation with work really progressing throughout lockdown on what will be a space that has been designed to support photographers, videographers, music producers, writers and more from the ground up.

The concept of Tileyard started in May 2011 in London with the first building opening, the brain child of Paul Kempe and Nick Keynes. Starting with 10 music studios, the duo have now built over 140 additional studios and support around 175 creative businesses from the site.

Kempe and Keynes are passionate about the opportunity they see in Wakefield noting that the site which is due to open later this year has already secured a gin distillery and a company from Singapore which is planning to relocate most of its team into the new development. 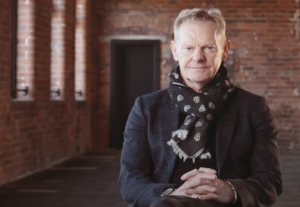 Kempe said: “Everyone I bring up to Wakefield, they are blown away by I just sense there’s a real optimism in the city and I think people in Wakefield need to shout about themselves a little bit more, because they’re great people with lots of talent.”

The development which includes four buildings in its first phase and seven overall once phase two is also complete. Some have been designed specifically for music production which have been fully isolated and acoustically treated, while others include event spaces both inside and out.

Kempe noted that the council have really supported the development.

He said: “Wakefield Council were extremely good at helping us to secure Rutland Mills and we’ve been really lucky to have them give us really 1005% support throughout the process. We see huge talent in the city and the surrounding areas already and this talent pool has already needed this central community so that they could deliver on their potential and this is hopefully what we’re going to be providing.” 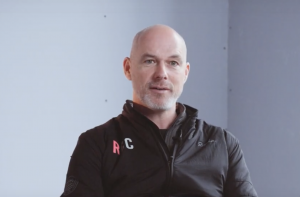 Keynes added: “This has been five, six years in the making this project, so it’s a massive feeling of excitement now when we can see these amazing buildings being restored back to their former glory and transformed for a new generation to use and drive the economy.”

Cllr Darren Byford, cabinet member for regeneration, economic growth and property, welcomes the energy from the developers in delivering such a transformative scheme.

He said: “Tileyard have been really clear about the potential offered here in Wakefield, recognising the district’s talent and creativity. The fantastic energy they bring is a huge part of the Rutland Mills transformation along with their superb offer and credentials

“This is the final part of the City’s Waterfront regeneration and will be fantastic boost for our economy and everyone who lives here. It will continue to reinforce Wakefield and West Yorkshire’s growing reputation as the northern home for creative industries.”