Horsforth-based health tech company The Phoenix Partnership (TPP) has won a new £1m contract to deploy its software to the Chinese city of Xi’an.

TPP already has an established presence in the country, with community clinic and hospital deployments in Beijing, Shanghai and Chongqing, the largest city in China.

The company has been expanding its footprint in China since 2013, when Frank Hester, founder and CEO, visited with the then UK Prime Minister David Cameron.

It has now expanded into Xi’an, capital city of Shaanxi province. Contracts for two more major cities in the province are also expected in the coming months.

The business is ultimately set to provide its software to the whole of Shaanxi, covering a total population of 40 million. 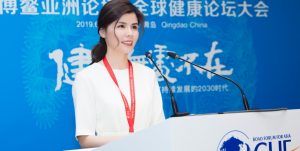 TPP’s director of Asia-Pacific, Dr Hui-Chi Yeh, said: “China and the Asia-Pacific market is a huge opportunity for us and for UK businesses in general. We work tirelessly to ensure we are delivering cutting-edge healthcare technology in the region and around the world.

“It is changing people’s lives – doctors and nurses benefit from our technology every single day, patients have a better experience, and they get the quality of care they need.”

Hester, a software architect, founded TPP in 1997 after seeing the burden that healthcare staff were under in the UK and the opportunities for better, safer patient care.

He was inspired to write a completely new type of clinical system and medical record database and was awarded an OBE in 2013 for his outstanding contribution and service to healthcare.

Success in China has opened big doors elsewhere in the Asia-Pacific region for TPP. 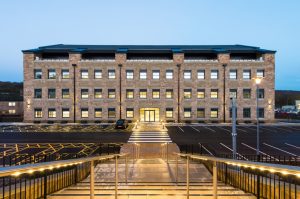 Earlier this year the company secured a contract with a large private hospital group in South-East Asia and it is working with countries across the region on national Electronic Health Record (EHR) projects.

Hester recently met with the Crown Prince of Johor, where they discussed opportunities for deploying advanced healthcare software across Malaysia.

He said: “Our company growth is supporting prospects and job opportunities in Yorkshire and we are expanding all the teams at our headquarters in Horsforth.

“We need more software developers, analysts, technical staff, trainers, and helpdesk support to help us continue our important work around the world.”

‘Lack of tangible proposals’ to save Airport