Senior Leeds lawyer Paula Dillon, who previously led Womble Bond Dickinson’s office in the city and was president of Leeds Chamber of Commerce, is one of the directors to depart with immediate effect.

Palace Capital’s co-founder and chief executive Neil Sinclair had left in mid-June amid a strategic review and on July 4 the board revealed plans for “a pure focus as an ESG driven, regional office market specialist”.

The strategy included selling its industrial portfolio, valued at £46.5m, to re-invest in its office portfolio and acquire new sites.

But this morning Palace Capital has issued a statement which said: “In light of shareholder feedback following that update, it has been decided by the board that such a strategy needs amending.” 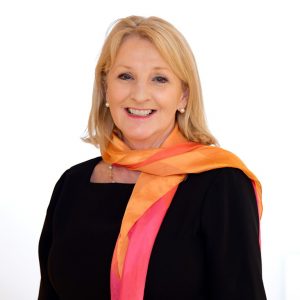 The non-executive directors, which also include Mickola Wilson and Kim Taylor-Smith, “consider that now is the right time to step down from the board with immediate effect”.

Steven Owen, who moved from non-executive chair to interim executive chairman when Sinclair left last month, said: “I would like to thank Mickola, Kim and Paula for their dedication and commitment to Palace Capital, and we wish them all the best for the future.”

Palace Capital said it is now focused “on maximising cash returns to shareholders”.

It is continuing to look for a buyer for its industrial portfolio but said it would now return profits from any sale to shareholders.

Proceeds from other sales, including non-core investments and the remaining sales of the residential apartments at York, would also be distributed to shareholders.

One month to kick-off as Yorkshire Property Charity Football returns

Revamp aims to make landmark property ‘the heart of the town...