Itaconix, an innovator in specialty polymers used as ingredients in consumer products, has reached an agreement with chemicals business Croda in odour control, which extends a supply collaboration that began in 2017.

Itaconix will continue to produce and supply the proprietary ZINADOR® odour neutralising ingredients for East Yorkshire-based Croda to market and sell globally in home care applications.

The agreement adds a newly formulated product to the collaboration and updates the terms and arrangements for ongoing market developments.

Scott Tuchinsky, North America business head consumer care at Croda, said: “The ZINADOR® products are an important part of our plans to continue growing our leadership position in sensory technologies and solutions.

“We have established a global customer base for these products through our initial efforts and see attractive opportunities for further success as more brands and consumers choose the performance and sustainability benefits of Itaconix polymer technologies.”

John R Shaw, CEO of Itaconix, added: “Our collaboration with Croda is bringing the value of our odour neutralisation to more customers around the world in a growing range of fabric and air care products.

“We are pleased with Croda’s continued commitment to working with Itaconix, and are excited that this new agreement expands our partnership.

“I expect continued progress in brand usage and new applications through our joint efforts.” 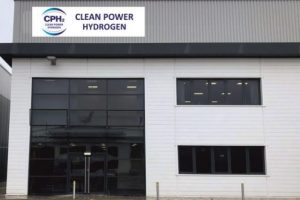 It is expected that his employment will be effective from 5 December 2022, at which point Clive Brook will retire as an executive director and CFO of the company.

Hobson will join CPH2 from AMTE Power plc, where he has been CFO since October 2021. He has a wealth of experience across the energy sector, having worked as a senior finance executive in the sector for ten years.

Following its IPO in February 2022, CPH2 has invested significantly it its workforce, specifically in its engineering head count with ten additional process, mechanical, and electrical engineers joining earlier this year.

The business has a 2030 production target of 4GW per year, with 1GW made at its own facility and the rest manufactured under license by other companies.

Jon Duffy, chief executive officer, said: “We are excited to have James joining as CFO of CPH2. James’ expertise across the energy sector can be seen through his work with private and AIM listed companies across the past ten years and his knowledge will help us deliver on the opportunities ahead.

“We look forward to welcoming James in his new role soon. I would like to take this opportunity to thank Clive for all his support over the years and speak on behalf of the entire CPH2 team in wishing him all the best in his retirement.”

Hobson added: “I believe CPH2 and its technology will have a significant role in the evolution of the hydrogen sector both in the UK and the wider world. The team has grown significantly this year and I look forward to supporting CPH2 in its future endeavours.”

Diversity and Inclusion: How to overcome the hurdles

KPMG UK records second year of growth and invests back into its...

Company takes the biscuit by expanding into its first dedicated bakery