Rolls-Royce confident of ‘significant progress on the path to recovery’

Departing Rolls-Royce chief executive Warren East believes the manufacturing giant has already “made significant progress on the path to recovery” from the impact of the pandemic.

East, who has led the Derby-headquartered business since July 2015, announced in February that he will be leaving later this year. At the same time, the company revealed it had turned a £3.1bn loss into a profit of £124m in 2021.

However Rolls-Royce’s share price remains around two-thirds below its pre-pandemic levels, valuing the company at £6.7bn.

He will tell the company’s AGM later today that he believes Rolls-Royce is “emerging as a better balanced and more resilient business with a sustainable future, focused on the long-term business opportunities presented by the global energy transition”. 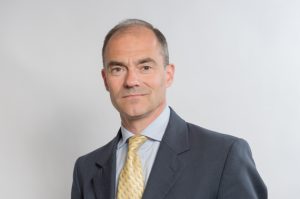 He is expected to say: “We are confident that we have positioned the business to achieve positive profit and cash this year, driven by the benefits of our cost reductions and increased engine flying hours in Civil Aerospace together with a strong performance in Defence and Power Systems, and balanced by our commitment to invest in technology and systems that are critical to the leading sustainable solutions we are delivering now and in the future.”

Rolls-Royce is confident about the medium-term prospects for its civil aerospace division, which is based in Derby.

It is forecasting revenue to grow “at a low double-digit percentage compound average growth rate from 2021 with an operating margin percentage in the high single digits”.

The Manufacturing Networking Lunch: Businesses must be agile in order...

Last chance to grab your tickets for our manufacturing networking...

Insulation company set to scale up production with £500,000 upgrade