Home / The UK / News / The two sides of AI and automation

Science fiction is now science fact. In the 21st century technology is being embraced across all facets of life and industry but despite this, automation can still be viewed as a dirty word.

Often associated with job losses and business rationalisation, automation has been described by some as the key to improved productivity but by others as the death knell for the blue collar job. However, what do the people behind the technology think?

TheBusinessDesk.com recently sat down with three tech business leaders to talk about the challenges and opportunities brought about by automation and what’s next in the world of artificial intelligence (AI) one of the key drivers of digitalisation.

“It’s my belief there are two sides to AI and unfortunately the negative does exist”, explains Stuart Sherman, the founder of AI firm Scaled Insights which set up its global HQ in Leeds in May last year. 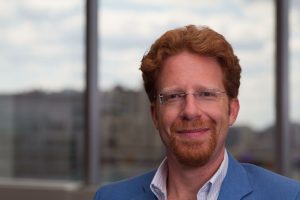 Speaking from Toronto, Canada, Sherman explains that the jobs losses are the negative side but also are inevitable as whenever something new is introduced into an ecosystem it unbalances it, and that is what AI is doing to businesses. In fact, he adds AI is just the latest disruption caused as a result of the “silicon age”.

This disruption however is finite, with Sherman keen to highlight that eventually markets and ecosystems discover their “Nash equilibrium”. 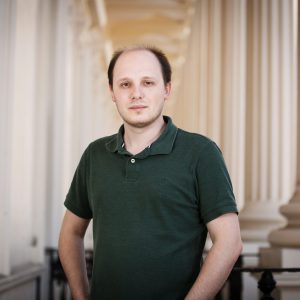 David McKee CEO and CTO of Slingshot Simulations, a tech business based at Nexus which is transforming digital simulations follows Sherman’s thoughts but adds that recent developments have shown that although AI can have many benefits, it doesn’t always work.

He states: “An interesting thing to come out of the last few months has been that a lot of the time AI hasn’t worked.

“The world we’re living in is completely different, so of course the algorithms are going to fail, and to be honest human decision making is failing too,” he continues.

However, for McKee he says this realisation will change the way everyone approaches automation. It’s not just the use of AI to automate a task, we now need to look at the “system” as a whole.

He cites an example in the autonomous vehicles (AVs) space, one of the biggest challenges is who is liable for an accident. Is it the manufacturer or the coder – it remains unanswered and can be argued either way – however, most AV companies talk about accidents being avoided due the cameras placed on the vehicles. McKeen hypothesises, but surely as more vehicles take to the roads they will have to interact with more stimulus, traffic lights, people, pets and potentially drones fixing roads – there is a live project on this topic being worked on in Leeds – so rather than the cameras on the vehicles surely all those systems the cars, traffic management, maintenance etc all need to be connected into a system, but how?

McKee calls it “the big unanswered question” and believes it will be the challenges that has businesses jostling to solve it and commercial it.

But what of the ethics, do all the innovators consider the consequences of their next development, well it’s hard to tell. Sure some will set out to create a product that makes millions, but for others it appears to about solving a problem. 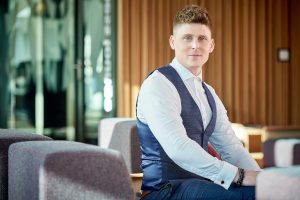 Liam Wright, founder and managing director of Innotech Insights, acknowledges the duality Sherman highlighted and said: “there’s some degree of truth to that [the negative economic impact of automation as a result of job losses], but it’s also going to create a lot of things.”

He adds: “People always go [when talking about automation] ‘oh so I’m redundant’. My thing is well, why not say ‘so I’m promoted’, because opportunities to look after that tech will come”.

Wright’s latest product looks to revolutionise the pelican crossing, and having been conceived this year and launched recently, is already the business’ most successful product.

But as we talk about this development, he describes a feeling of almost innovators guilt and of capitalising on something negative. In this case the original aim was to make crossing more accessible to people with disabilities.

He explains: “There’s a real issue with crossings, it sounds so simple, walk up to that bobbly area and press a button. That’s fine, it is the simplest version, but it assumes everybody can do that. Perhaps for people in a wheelchair it isn’t that simple, often they may have to make a decision about positioning themselves to push the button or positioning themselves to cross the road.”

However, because the idea utilised contactless technology he believes its benefited from the growing contactless movement as a result of the pandemic.

“That’s what I mean about the guilt element,” he explains, “it’s almost like we’re capitalising on a tragedy [Covid]”.

But he emphasises: “Solutions need to come out and people need to really get behind them.”

How do you do that, well according to Wright you ” get your capitalist head on” and think like a businessman.

In fact, the concept of innovators guilt is something that comes across from speaking to all three men, who without being asked all emphasise the wider, global and societal benefits of their respective work and the problem they originally sought to address.

When I asked Wright about this he explained: “We’re all defensive over it [automation and AI development], and start a conversation like that because you know people are querying it and rightly so.”

So it appears that – at least from these three leaders – a lot of innovation and therefore automation is the result of a desire to do some good. In that case could automation and the adoption of technology such as AI be the key to economic prosperity?

“We need to provide, for example, tax incentives so that if a business is not selling online, you will give a tax incentive to build an e commerce store.”

He continues: “Wouldn’t it be interesting if the UK Government created a made in Britain website. It could be like Amazon, but you can get Royal Mail involved so that again you can manage delivery.

“Perhaps even develop you own version of Shopify [a Canadian multinational e-commerce company which has a platform used by over 1m businesses in 175 countries]. Rather than furloughing people or having new computer science graduates unable to find jobs, why doesn’t the Government pay them to develop this system that enables smaller businesses to get online. You can then encourage people for nationalistic purposes to support their local economy.”

For McKee the opportunity brought about by the trifactor of Covid-19, AI and a desire to automate is geographic.

“[With everyone working from home], suddenly the reason for being London centric isn’t there. There is possibly a rebalancing.”

So why does he think Leeds is paving the way? Simple, “the Leeds tech agenda with the business community is incredibly collaborative.”

Nowhere is this more evidenced than by the fact in various guises all three of these businesses are working together on projects which utilise their individual specialisms to deliver a result.

So should we fear automation and should the word have such negative connotations? Well we’re not going to change a perception overnight. But following the conversations with Sherman, McKee and Wright it’s clear that the innovators are conscious of the duality of their developments and therefore as consumers or users of this technology, businesses have a role to be conscious of the positive impact as well as the negative – it can create higher value jobs, opportunities to upskill and increase productivity.

Ultimately technology will always challenge the status quo creating both opportunities and threats but as Sherman said earlier, we will all find our “Nash equilibrium”.

Chancellor states the economy is likely to get worse before it gets...