BBC director-general Tim Davie has pledged to build on its success in Salford as the organisation marked a decade since its move to MediaCity, one of the most ambitious projects in its history.

Speaking at an event last night at MediaCity, the BBC boss told guests that the broadcaster wanted to do more from Salford and to continue to widen its impact across the whole North as part of its UK strategy to move investment and power out of London.

“The aim is to better reflect the country and spread the economic impact of the BBC,” he said.

“Salford is a major part of that story, and will see big benefits too.

“In time, more of Radio 3 will be based here – joining the BBC Philharmonic. We’re moving 50% of 6Music and more news teams to MediaCity.

“And from February, the business updates on the Today programme will be broadcast from Quay House.”

Currently, half the BBC is based outside of London, with departments including Children’s (CBeebies and CBBC), Sport, and Radio 5 Live, as well as local and regional services and the BBC Philharmonic Orchestra, relocating to Salford in 2011.

Bridge House, Dock House and Quay House are now home to some 4,000 BBC staff, and BBC Breakfast, Match of the Day, Blue Peter and Dragons’ Den are just some of the programmes which are produced at MediaCity. 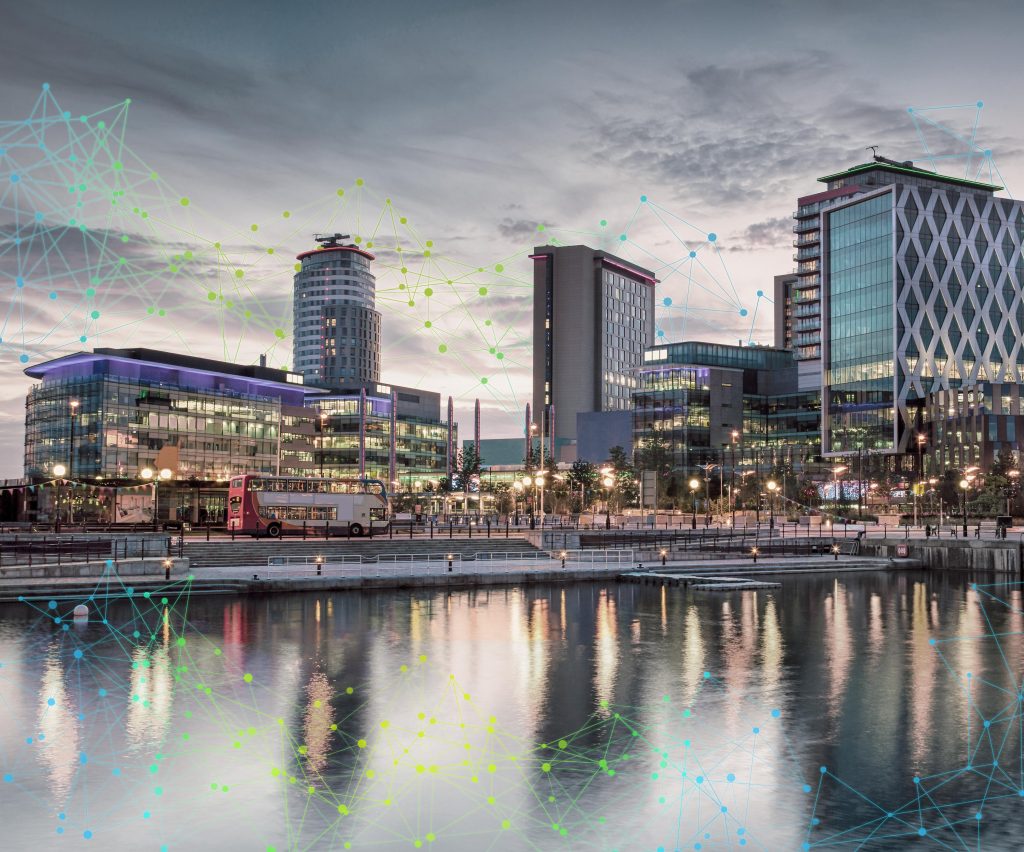 Davie said: “The BBC at MediaCity hasn’t just thrived; it has grown into a major regional and national success story. And it has proved just what the BBC can do to support the creative industries around the country.

“The BBC made a big commitment when we set out to build something special in Salford, and we have delivered on it.

“We’ve been the catalyst for the development of this incredible site. Eight thousand people now live or work in MediaCity. It’s home to companies like ITV, The Hut Group and Kellogg’s.

“A report by KPMG has found that, since the BBC moved to Salford, employment in the creative sector grew by 142% – more than five times the national growth rate. And the number of creative businesses grew by 70%.

“But we haven’t done it alone. Peel, Salford City Council, the University of Salford – they’ve been with us from the start.

“We’ve worked collaboratively to build a brilliant, sustainable site where people want to work and invest; learn and live.”

Earlier this year the BBC announced that by 2027/28 it will be spending “at the very least,” an extra £700m cumulatively across the UK – generating an additional economic benefit of over £850m and creating 1,000 jobs.