The perception prior to his Autumn Statement address in the House of Commons today was that the big transport projects would suffer in the Government’s bid to fill its £55bn spending hole.

But the Government has vowed to deliver on its pledge to improve transport and infrastructure services.

Prefacing his announcement with the comment “our priorities are stability, growth and public services. We are honest about the challenges and fair in our solutions,” the Chancellor said: “Smart countries build on their long term commitments, rather than discard them.

“So today I confirm that we will deliver the core Northern Powerhouse Rail, HS2 to Manchester and East West Rail.”

He said the projects will be funded, as promised, with more than £600bn of investment over the next five years to connect the country and grow the economy.

However, one aspect of the transport sector was targeted to help pay towards the fiscal recovery when the Chancellor revealed that electric vehicles will no longer be exempt from Vehicle Excise Duty, from April 2025.

The Chancellor also reiterated the Government’s mission to level up economic opportunities across the country, which also, he said, requires investment.

He said: “I will proceed with Round 2 of the Levelling Up Fund, at least matching the £1.7bn value of Round 1.”

As part of the Chancellor’s plans, he revealed progress is being made on a trailblazer devolution deal with Greater Manchester Combined Authority.

Today’s Autumn Statement also outlined changes to the Government’s plans for Investment Zones, introduced by former Chancellor, Rishi Sunak, in his March Spring Statement which covered 38 areas in England that could set up an Investment Zone, including Liverpool and Greater Manchester, Lancashire, and West Midlands.

Mr Hunt announced a policy to change the Government’s approach to Investment Zones which, he said, will now focus on leveraging the country’s research strengths by being centred on universities in ‘left behind areas’ to help build clusters for new growth industries.

He added: “My Right Honourable friend, the Levelling Up Secretary, will work with mayors, devolved administrations and local partners to achieve this, with the first decisions announced ahead of the Spring Budget.”

Henri Murison, chief executive of Northern Powerhouse Partnership, said: “Fiscal responsibility is a pre-requisite for credibility and this Chancellor – unlike his predecessor – has met that test. Having abandoned Trussonomics, we now must, instead, take the path to invest for long term growth by raising productivity, focusing effort in the regions where it is much lower currently than it is in London. 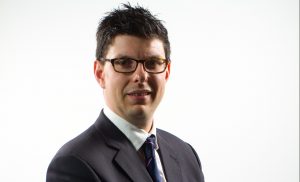 “Infrastructure investment is non-negotiable for this path and today the Chancellor has rightly rejected calls by anti-growth Conservative backbenchers to cancel HS2. Manchester and the wider North West will benefit from the line coming all the way to Manchester Airport and Piccadilly stations.

“However, there was no mention of the Integrated Rail Plan commitment on the study of how to get HS2 trains to Leeds, which needs to be actioned after a year of delay. The Government is selling the North short by not committing to Northern Powerhouse Rail all the way across the Pennines through Bradford, as well as on to Hull by an electrified line.”

He added: “The Government has made the right move in rethinking Investment Zones, moving from a bidding competition to a more focused, cluster-led approach to innovation. We have a lot to learn from successes like Northern Gritstone, an investment fund which is channelling millions to cutting-edge start-ups coming out of the universities of Sheffield, Leeds and Manchester.

“As well as continuing Levelling Up funding, we back the renewed commitment for more powers for Greater Manchester and a new deal for the North East from Northumberland down to the River Wear, which needs to be a top priority for Michael Gove.”

Sir Roger Marsh, chair of the NP11, said: “We welcome the commitment to energy, infrastructure and innovation.

“Infrastructure is crucial to our growth, and to truly transform the Northern economy we need Northern Powerhouse Rail and HS2 to be delivered in full.

“We also look forward to working with the Government over the detail on innovation clusters and are pleased that the Government remains committed to 2.4% R&D target. Locally-focused, commercially driven R&D remains the best way to commercialise innovation and achieve growth.”

Stephen Hogg, head of North West and regional residential UK regions at real estate giant JLL, said: “There wasn’t much to cheer about in today’s Autumn Statement but a renewed commitment to Northern Powerhouse Rail was something. It shows that that, despite the need for us all to endure short term pain as the Government tries to fix our public finances, it does at least remain committed to projects that boost long term growth.”

He added: “Investment Zones may not have delivered what was suggested in the ‘mini-budget’ but they were an idea of some promise and at least worthy of exploration.

“Many will feel disappointed by their scrapping, As we look ahead, we await details for the university-focused scheme that will replace them and hope it will come to the fore before the next Budget to support local authorities.”

Charlie Ardern, head of the Manchester office of property specialist Cluttons, said: “It was good to hear that levelling up remains a key priority, together with the commitment to the Northern Powerhouse and the HS2 to Manchester. As the UK’s second capital city, having such quick access to and from London is critical infrastructure for the continued growth of the North.”

Catering business confirms it is in the market for new investors

New venue to open for business at historic Gloucestershire estate

South West has one of the strongest job markets in UK