As its Diamond anniversary approaches, Skelmersdale shoe manufacturer Hotter has its sights set firmly on a sparkling future with the appointment of a new roster of designers, spearheaded by chief product officer Claire Pearl.

Claire, who joined the footwear brand last month, has hit the ground running with the aim of transforming the 60-year-old company’s products.

“Our customer is stylish and self assured, she demands and deserves footwear that is perfect for every occasion and, more importantly, delivers her a perfect, customised, fit every time,” said Claire.

“I have brought together a design team with a spread of expertise across several key areas that are fundamental to our brand’s development. We are already working closely on refining our DNA and I am confident this team will deliver the thoughtful design and attention to detail demanded at this level of the market.”

Senior designer Helen Kundra, who trained at Cordwainers, has worked at both Timberland and Hush Puppies.

Dawn Linley-Hill joins as senior freelance designer and brings considerable experience in the industry having worked at several fashion and footwear brands including Startrite and Boohoo.

They join existing senior designer Andy Taylor, who is an expert in injection-moulded footwear design. He has worked at Hotter for 10 years and both Clarks and Marks & Spencer.

The final appointment, as freelance designer, is Camilla Andrews, whose 10 years’ experience includes time in senior design roles with Hobbs and Toast.

Camilla will move forward the brand’s accessories offer in alignment with product development.

Hotter chief executive, Ian Watson, said: “This is an exciting time for Hotter, and there is no better time than our 60th year to both celebrate the strength of our brand and look forward, in an ever-changing market, to creating a truly inspiring future.

“We have a raft of measures throughout the business to guarantee our future development, but product truly is at the heart of everything we do.

“Claire’s team will build on iconic Hotter styling elements whilst introducing a more stylish, modern and relevant emphasis to our offer. I am confident the team will propel us forward as we continue to delight and surprise our customers and create more Hotter fans.”

As the battle for digital talent in the North West continues, integrated marketing and digital agency Access has joined the Manchester Metropolitan University’s new degree apprenticeship scheme, welcoming 18-year old Ben Ryder to its team as an earn-as-you learn apprentice.

Having completed his ‘A’ Levels, Ben has started his ‘Digital and Technology Solutions Degree apprenticeship’ which involves working full time at Access while studying towards a fully-accredited degree-level qualification. 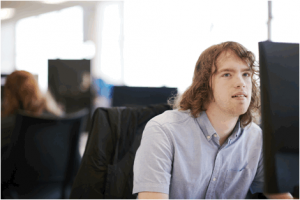 Mark Hope, digital director at Old Trafford-based Access, said: “Supporting new talent is a long-standing commitment within the agency and this is another fantastic industry initiative we’re now involved with.

“We firmly believe that there are some amazing, creative and talented students out there who have not yet gone into the workplace, or decided to go to higher education.

“By creating this new position within our company we are able to grow and develop Ben’s skills with real-time support and training, ensuring he benefits from being part of a collaborative team and the responsibilities that go with it. The skill-set needed within digital roles changes so quickly we feel this is a great way to enter our sector.

“Ben is now learning about professional development techniques as well as getting an understanding of wider business operations across other teams.

“Working with open technologies like PHP, Drupal and Acquia, Ben will progress onto providing maintenance and support on completed projects, through to supporting and shadowing senior developers on new projects.”

Ben said “I wanted the chance to do something that wasn’t an outdated university degree and when I looked at Access, its client portfolio and credibility as an Acquia partner, I knew it was the sort of forward thinking company I wanted to be part of. I was so happy when I was offered the Degree apprenticeship as it means I can complete my education whilst also working in an innovative business environment.”

As well as this inaugural position, Access has hired an additional three members into its development team to add capacity and specialist expertise in both backend and frontend development areas. 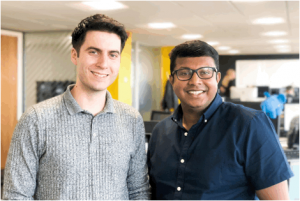 Tom Tosis has been appointed as senior developer and will begin work with the Edrington team at Access, working on Edrington’s global digital platform and numerous international brand websites.

He was previously lead developer at Barcelona-based Oaklins International and brings with him more than eight years’ Drupal and open source experience.

Rakesh James is a well-known member of the Drupal developer community. With more than 10 years’ experience he has been recognised by Dries Buytaert, creator and project lead of the Drupal project and ranked in the Top 20 contributors list.

Continuing his work with Drupal 8, he will work on WaterAid, evolving their global web platform while planning to increase the level of open source contributions made by Access.

Alan Oakden joins Access as a front end developer. Previously chief technology officer at Latus Health and also online services liaison at Stem Learning, Alan was attracted to the new role as it provided an opportunity to work alongside a larger team of developers, learning new technology and best practice development workflows.

Adept Civil and Structural Consulting Engineers has appointed experienced chartered structural engineer Neil Brown as a director to head up the company’s Manchester office and spearhead its growth throughout the North West.

Neil brings more than 18 years’ experience to the role, working on projects across all sectors in the UK, Ireland, Europe, North Africa and the Middle East.

He previously worked at several national and international firms including WSP, Costain and Jacobs.

Leeds-headquartered Adept expanded into Manchester four years ago, opening an office in the Grade II-listed Sevendale House, in the city’s Stevenson Square conservation area, after winning several high-profile contracts throughout the North West.

Until now the office has been staffed by team members from the company’s Leeds office. 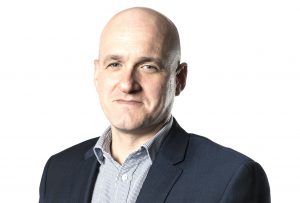 Projects that Adept is currently working on in the area include providing civil and structural engineering services on two new large-scale industrial units that are being built by Eric Wright Group at Lancashire Business Park in Leyland near Preston.

In addition, Adept is working on a school refurbishment and extension project in Prestwich.

Neil said: “After spending the last decade working at large, multi-national organisations, I was keen to return to an owner-managed business, similar to where I started my career, that is fast moving, entrepreneurial and very agile.

“Adept is continually growing and is a very forward-thinking firm, so this is an opportunity to move at a really exciting time and continue building the company’s presence and reputation in the North West.”

Erol Erturan, managing director at Adept, said: “Since expanding into Manchester at the end of 2015, we’ve worked on a vast range of residential, industrial, education, retail, office and hotel developments throughout the region.

“Appointing Neil will help elevate us to the next level, as we continue expanding our client base and winning new work.

“He’s local to the area and brings a wealth of experience to the role, as well as having a successful track record working on a wide range of high profile projects, which makes him the ideal person to lead our next phase of growth in the North West.”

The UK’s largest animation festival, Manchester Animation Festival (MAF), has appointed a full-time Festival Director/CEO, and first board members ahead of its 2019 edition, from November 10-14.

MAF co-founder Dr Steve Henderson (Skwigly, Manchester School of Art) becomes full-time in his role as Festival Director due to the success of the festival and its growth over the past five years.

In 2018 MAF saw a total of 758 delegates attend 61 events over the course of three days, with 52 guest speakers and 142 films from 25 countries. Impressively, 56% of the delegates in attendance came from outside Manchester, with 38% of all attendees staying over in the city.

This year the Market Place event on the final day of the festival has seen a 50% increase in take-up by companies keen to pitch their content, university courses and software to delegates fuelling the festival’s ambition to grow this aspect year-on-year. 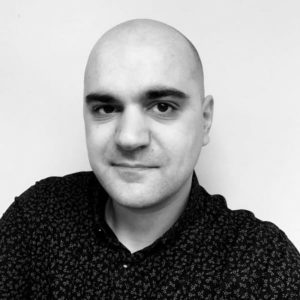 The senior management team has appointed its very first board, chaired by Tom Box (managing director of Blue Zoo Animation Studio) with Sherelle Fairweather (work and skills specialist, Manchester City Council) sitting. The board will be expanded over the coming years.

Dr Steve Henderson said: “For the past four editions of the festival, Jen Hall and Bill Lawrence and I, have worked hard to meet the appetite for animation events in Manchester and as a result we have seen an exponential growth in all areas of the festival, from delegates through to the size of the programme.

“For our fifth edition I am delighted to be stepping into a permanent position as director and chief executive in order to meet the exciting ambitions of the festival and to continue on the momentum gathered in a full-time role.