In a year beset with business woe and misery, from the ongoing Brexit fiasco to further doom and gloom on the high street, an aura of negativity pervades our most read items throughout 2019.

Once again, business failures and uncertainty drew the most clicks, as thousands of our subscribers kept pace with our daily diet of all that is relevant in the region’s business world.

Looking at the 10 most read items on our North West website throughout 2019 there were several positive pieces relating to growth and investment, but, unfortunately, these seemed to be in short supply.

Perhaps a Government with an impressive majority can now restore stability and order for commerce and industry througout 2020.

This is the list of our 10 most read stories throughout the year:

The landlord of the House of Fraser department store in Altrincham has served notice on owner Mike Ashley to quit.

Rackhams was due to close last year but was part of the rescue deal put together by the Newcastle United owner when he bought the ailing department store chain out of administration.

The retail tycoon said he hoped to save about 80% of House of Fraser’s 59 stores and turn the chain into the “Harrods of the high street” after it was bought out of administration for £90m last year.

But plans were submitted to redevelop the store into a mixed-use scheme.

Lunar Altrincham Sarl, which owns the long leasehold of Stamford Quarter, is proposing to reconfigure the existing 60,000 sq ft, three-level store into a retail, office and residential scheme.

Law firm Knights has signed a deal to move into new offices in Manchester city centre.

Last year the firm bought Turner Parkinson and is looking to expand its presence in Manchester.

Mosley Street Ventures, which was represented by Cushman & Wakefield and CBRE, has disposed of the sixth floor at Two St Peter’s Square to Knights 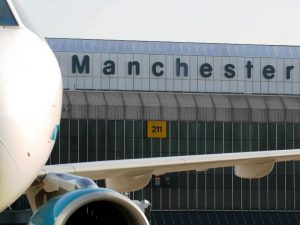 A major airline has announced it increasing the number of flights it operates from Manchester Airport.

Qatar Airways is increasing its flight frequency from Manchester Airport to three flights per day.

The airline launched in April 2003 and went double-daily in February 2011.

The move to the triple daily flights will see an increase in capacity of approximately 35%.

Introducing triple daily services will give passengers greater choice to travel onto a wide range of flights operated by Qatar Airways, the most popular of which from Manchester include Bangkok, Thailand; Perth, Australia; Bali, Indonesia; Male, Maldives and Kuala Lumpur, Malaysia.

More than 140 production workers have been laid off at a Preston caravan manufacturer after the appointment of administrators.

They are now seeking a buyer for the business and its assets.

The company has faced severe cashflow issues in recent months following a period of challenging trading conditions resulting in the administration appointment.

All production, including the 2020 models, was suspended prior to the appointment and the majority of production staff, believed to be around 142 of the 196 total workforce, were laid off.

A Bolton-based property investment firm with 1,400 investors on its books has crashed into administration.

Administrators have been appointed to Harewood Associates Limited.

The company was launched in 2010 and invested into several house building projects on behalf of around 1,400 investors and recently offered returns of 8%.

Turnover recorded by the company in the year ended 31 December 2018 was £1.6m with investor funds of over £32 million being invested. 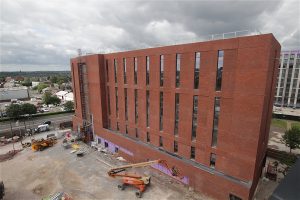 Work had stopped on the Hilton Garden Inn site in Hanley

Sarah O’Toole and Jason Bell of Grant Thornton have today been appointed joint administrators to eight entities within the Pochin’s group of companies.

Based in Middlewich and founded in the 1930s, the family-owned property and construction business employs 120 people and has been involved in a number of high-profile construction projects in the North West.

In the past year the construction business, with a new management team on board, had established a platform for growth, developed excellent client relationships and secured a pipeline of profitable new work and opportunities.

However, despite that renewed optimism for the future, the legacy issues from earlier contracts became too great a burden leading to difficult trading conditions.

The group’s board explored a number of options in an effort to preserve the group’s trading status over recent months, including injections of significant levels of capital from shareholders and the sale of the group’s property portfolio.

Despite these efforts, the impact of the challenges have proven insurmountable and the difficult decision was reached by the directors to place a number of entities in the group into administration.

A Lancashire construction firm has gone into administration with the loss of 130 jobs.

One of the Group’s funders, Cumberland Building Society, has appointed PwC as administrator at the company which continues to trade. Around 130 jobs are affected by the administration.

A property firm which owns two hotels in the North West has gone into administration.

The Carlauren Group, which is based in Somerset, owns a string of hotels including Lambert Manor in the Lake District and The Woodhouse in Morecambe.

The company also owns a number care homes around the country.

And Carlauren manages and operates resorts, hotels, residential and care facilities, and has architecture, engineering and interior design divisions.

A letter has been sent out to clients and customers regarding the news.

Mike Ashley is looking to take over Manchester based home shopping firm Findel in a £139.2m deal.

Sports Direct, which is owned by Mike Ashley, has increased its stake in the online retail and education specialist ahead of a potential takeover.

Findel saw its share price jump eight per cent this morning on the news.

The move is the latest in Mike Ashley’s high street spending spree which has included the purchase of House of Fraser last Summer. Following the purchase Mike Ashley struck a deal with Manchester City Council to keep open the department store’s Deansgate branch.

The Newcastle United owner has bought a number of other retail brands such as Evans Cycles and Sofa.com. 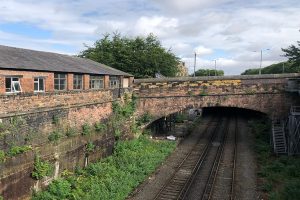 At its meeting this afternoon, the combined authority set out a priority list of 18 green transport projects, including new stations, new Mersey ferries and major improvements to public transport.

All of the identified projects must still go through a full appraisal process.

Steve Rotheram, Metro Mayor of the Liverpool City Region, said: “This ambitious £172.5m programme will help to drive economic growth that benefits everyone in our city region by dramatically improving sustainable transport across our city region.”

Esken raises £55m and seals new £20m facility to build back from...