Together Financial Services has appointed John Hooper as a non-executive director of its subsidiary, Together Personal Finance.

It is intended that John will be appointed chair of the risk committee of Together Personal Finance following regulatory approval.

John brings more than 35 years of banking, finance and risk experience to Together Personal Finance. He is currently chairman of The Cumberland Building Society and former chair of the society’s risk committee, and is also a non-executive director and chair of the board risk committee of VTB Capital.

Previously, John was chief operating officer of Clydesdale Bank and a member of the National Australia Group Europe board, together with Clydesdale Bank.

He also held a number of senior executive roles at National Australia Bank, including being a member of the group executive
committee and CEO of nabCapital, NAB’s global wholesale banking business.

John graduated from The London School of Economics and has a Master’s degree from the University of York.

Richard Gregory, chairman of Cheadle-based Together Personal Finance, said: “We are delighted to welcome John to the board of our personal finance business. He brings extensive banking, finance and risk experience, gained in both an executive and non-executive capacity, and will be a valuable addition to our board.”

John Hooper said: “I am really excited to be joining the board of Together Personal Finance at such an exciting time and look forward to contributing to the continued growth of the business.”

Stuart, who was previously UK country manager of Synexus, will lead the organisation’s expansion across the UK and into Europe.

He is particularly focused on the use of technology to reduce costs in clinical trials, provide a first rate patient experience and ensure that Panthera is at the cutting edge of clinical research 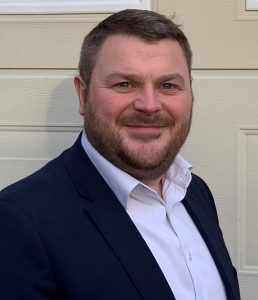 Stuart, who holds a degree in Mechanical Engineering from University of Strathclyde in Glasgow, has had extensive experience in data management and the introduction of new technologies into organisations.

Stuart said: “I am delighted to join such an experienced team.

“Our collective expertise in running clinical trials across the globe is second to none. While we are just starting our journey we are already on target to open more sites in the UK.

“We are in discussions on expanding across Europe, and, most importantly as an independent organisation with a world-class team, we have been received very warmly by both CROs and pharma.”

Chairman John Lyon said: “We are really pleased to welcome Stuart as CEO of Panthera. Not only does he know the clinical trial business inside out, he has the understanding and technical knowledge to ensure that Panthera is a world leader in the introduction of technology into all aspects of recruiting patients, running and reporting on clinical trials.”

Panthera is initially aiming at recruiting patients and running clinical trials in therapy areas which are traditionally managed in primary care including cardiac disease, allergies, migraine, osteoarthritis, diabetes. etc. It will also expand into other key indications including neurology and oncology.

Digitaloft has expanded to London and launched the agency’s hub in Farringdon after a successful 2019.

The Lake District-based search marketing agency has gone from strength to strength in recent years since being founded by James Brockbank in 2013.

James said: “2019 was a great year for us. We’ve begun working with even more exciting clients and once again won a number of prestigious industry awards for our campaigns. Because of this growth, we’ve also made three new hires to grow our team and skill set.

“We’re delighted to be able to do this in London and have a second base there, with one of our Northern team having moved down to the city to support the launch.

“It makes sense with our client roster to have a presence in the capital to allow for more face-to-face meetings, and London is just great for digital PR in terms of networking, industry events and recruitment.” 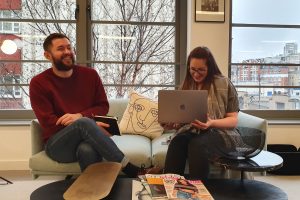 She will be responsible for leading digital PR campaigns and landing top-tier press coverage for clients.

Mike has joined Digitaloft, having previously worked in content at iProspect and Koozai, and will oversee the content marketing strategy for the agency’s clients.

Olivia said: “It’s great to have two new fresh perspectives and skill sets in the team. Combining our unique perspectives will enable us to be even more creative and stronger in our digital PR and content approach for our clients, and we’re looking forward to 2020 in London.”

The third new hire is Andy Frobisher, who joins the agency’s Northern team as campaign manager from Fat Media.

With more than five years of agency experience, Andy will be heading up the campaigns and working closely with clients from ideation to deliverables to drive success.

James said: “We enter 2020 with an outstanding team of experienced and passionate individuals and are ready to enter our next stage of growth.

“Welcoming Andy, Fran and Mike to the team and opening up our London office was crucial for us to keep up with the new client wins we saw at the back end of last year. 2020 is set to be an exciting time for the agency, and we still have lots more planned as part of our expansion.”

Alongside some exciting growth plans for 2020, Seneca Bridging is delighted to announce the appointment of Craig Ashton, a well known figure in the North West finance community, as a business development manager.

Craig is the first of several planned hires to join the Newton-le-Willows-based bridging and development finance provider as it gears up to increase new lending to £25m during 2020.

Craig said: “I’m really looking forward to being part of the Seneca team, a company that is well regarded in the lending community, with genuine growth prospects and an excellent product offering.

“This is an excellent opportunity for me to work alongside an experienced management team in a dynamic and forward-thinking business. I’m looking forward to contributing to the growth of Seneca and excited about the challenge ahead for me personally.”

Craig started his finance career with Freedom Finance and having spent five successful years there, he has extensive experience of raising finance for SMEs across the UK and fully appreciates the challenges of being a broker in a fast-moving and complex market. 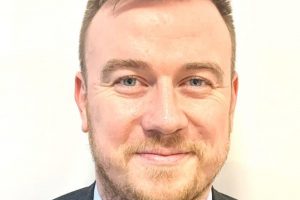 In 2017 he took up a new challenge with Iwoca, becoming their Manchester-based regional business development manager for the North of England and Scotland, focused on unsecured lending.

Now, working on the ‘other side of the fence’ he is highly regarded in the market having established a deep network of more than 200 introducers of quality lending and investment opportunities across the UK.

Tim Murphy, director of Seneca Bridging, said: “We are delighted to welcome Craig to Seneca. He is a fantastic addition to the team and uniquely positioned to help accelerate the growth of the business.

“We are entering an exciting phase for the business where we have aspirations to kick on and really grow our lending book. We believe Craig is the right person to help us achieve our ambitions for 2020 and beyond.”

As part of its £500,000 transformation programme, Knutsford-based Abbey England has appointed its former managing director, Richard Brown, as its new CEO.

The newly-created role recognises the changing requirements of the business and marks a new chapter in the company’s history.

Abbey England is the wholesale supplier of premium British-made materials and tools to a variety of specialist businesses in the equestrian and other sectors.

Richard’s appointment is part of an ambitious programme of growth and customer focus the company is embarking on in the next decade.

The new strategy, being launched this month, combines the heritage of the business, including its Royal Warrant, with the introduction of leading-edge technology to ensure future sustainability.

The change and transformation programme will see the creation of Abbey England Group, and the consolidation of operations at its bases in Knutsford (wholesale and warehousing) and Walsall (manufacturing), as well as substantial capital investment into buildings, machinery and its IT infrastructure.

This will be supported by newly appointed non-executive-director Ian Traynor, a Chartered Director and Fellow at Henley.

Richard Brown has been fundamental to the company’s success since its conception in 1982 and has played a key role in developing the overall strategic direction for the business. 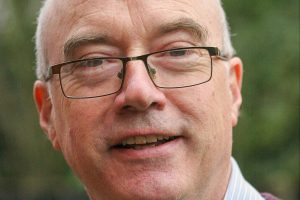 A vital part of this is the creation of a strong platform for the future with a new professional board of directors, including the appointment of an external non-executive director and a recruitment drive for a number of senior and middle management positions.

Richard Brown said: “Following a number of acquisitions over the last 11 years, with a particular focus on vertical integration with the supply chain, we recognised we needed to consolidate our business and ensure it was ready for growth in the new decade.

“The initiative is designed to deliver profitable and sustainable growth in core and expanding markets by simplifying our business, concentrating on what we’re good at and improving the way we do it by modernising our business functions and processes.
“We will continue to focus on the markets we can serve best, building on the qualities that earned us our Royal Warrant and providing products and service that truly put the customer first.”