Figures just released by MIDAS, Greater Manchester’s inward investment agency, show they supported the creation of 3,458 jobs across the city region in the past financial year, generating £231m GVA.

The remaining projects and associated jobs created were expansions of existing business operations.

Of the total project volume, 75% (60) were from foreign-owned companies, accounting for 2,793 jobs – the two highest numbers for foreign direct investment (FDI) projects and jobs in MIDAS’s history.

The majority of FDI projects were from companies headquartered in USA, Germany and India.

MIDAS, part of The Growth Company, works on behalf of the 10 local authorities of Greater Manchester and is responsible for attracting investment to the city region that ultimately creates jobs.

The organisation attracted investment to Greater Manchester from innovative companies and global brands across all the city region’s key sectors – creative digital and technology, financial and professional services, advanced manufacturing, and life science and healthcare.

The financial, professional and business services sector performed strongest in terms of job numbers, accounting for 37% (1,292) of the annual figure – a 34% increase on the year previous.

Firms expanding or setting up in Greater Manchester include Fitch Ratings, Slalom and Interactive Investor.

There was an even split of new-to-the-city-region and expansion projects within the sector.

The highest number of projects (30) came from the advanced manufacturing industry, a sector that 34% (1,173) of total jobs were created within.

Numerous companies already operating within Greater Manchester’s advanced manufacturing industry, such as Saica and Hilti, also expanded their operations, reinforcing their commitment to the city region.

The creative, digital and technology (CDT) sector accounted for a third of projects (26) and 24% (830) of jobs created, with investors including BAE Systems AI, Huawei and Altus Group among those creating the highest volume of jobs.

Another 23 CDT firms invested in the city region during the period, including Black Nova, Thirteenthfloor and Invisible Systems, firms that will leverage Greater Manchester’s strengths in digital technologies.

Overall, the majority (77%) of successful CDT investment projects were from companies that are new to Greater Manchester.

Similarly, 83% of successful life science and healthcare projects were from companies that did not already have a presence in the city region.

The sector saw a 50% increase in the number of investment projects closed, including LumiraDx, McCann Health and Marion Surgical, and the city region’s strengths in precision medicine helped secure investment from Affinity Biomarkers – contributing to the creation of a total 163 new jobs within the sector. 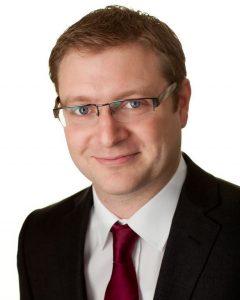 Tim Newns, MIDAS chief executive, said: “Due to the investment and support from the Greater Manchester Combined Authority and MIDAS’s private sector developer partners, we have been able to proactively stimulate an increasingly volatile market and retain significant levels of investment into the city region.

“The uncertainty of Brexit and the General Election resulted in low investor sentiment towards the UK last year, which delayed the progression of numerous projects, but after market confidence returned briefly following the December election, MIDAS closed 46% of its annual investment projects in the final quarter of 19/20.

“This could have been even higher but for the COVID-19 crisis, which caused a little more caution in the scale of job creation forecast by some new investors in the final quarter compared to earlier in the year, as well as the delaying of a few larger projects in to the 20/21 financial year.

“We could have seen an additional 1,000 jobs created, but we still hope to capture the majority of these over the longer term.”

He added: “COVID-19 is changing the world as we know it, including the investment landscape, and we have redirected our efforts to ensure we support the city region’s recovery.

“Looking ahead, although we face challenging times, we are primed to leverage Greater Manchester’s strengths in sectors that have risen in prominence as a result of the situation such as cyber security, eCommerce, life sciences, low carbon and digital technologies, to ensure Greater Manchester retains its status as a leading destination for high-value inward investment.” 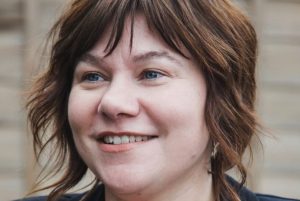 “The agency has done a fantastic job of attracting more businesses to the region, supporting the expansion of existing operations, as well as creating new jobs.

“Their role will be crucial in supporting Greater Manchester’s economic recovery in relation to COVID-19.”

Throughout the financial year, the agency also safeguarded 1,622 jobs, the second highest number on record, across 15 projects.