Global law firm Kennedys has promoted 13 lawyers to its partnership, three of whom are based in its Manchester office.

Amanda Beaumont, Oliver Dent and Katherine Totty, who work out of the firm’s Churchgate House office on Oxford Street, join 10 other lawyers in this year’s round of partner promotions at Kennedys. The firm’s worldwide partner count is now 264. 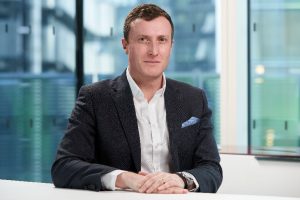 Amanda Beaumont is an employment specialist who handles a mix of contentious and non-contentious work. She acts for employers and insurers, with experience handling employment tribunals for insurers and their insureds, as well as advising on HR-related aspects of GDPR and data protection.

Oliver Dent qualified at Kennedys. He has been instrumental in the development of Kennedys’ UK and global cyber offering and regularly spends time in other offices.

His focus is on advising both insurers and corporate entities on data breach response, privacy issues, data subject litigation and cyber-related claims and policy coverage.

Among her highlights she successfully defended a fraud ring of 30 linked road traffic accident claims, defeating all the claims and securing the client savings of £1.3m. 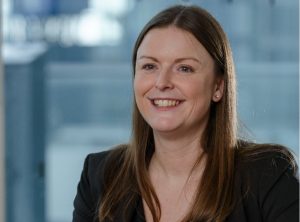 The 13 lawyers promoted represent a broad spectrum of Kennedys’ practice areas, including commercial, employment and healthcare, as well as specialist areas of insurance and liability including cyber, property and construction, professional liability, travel, abuse and fraud. In addition to the eight promoted in the UK, Kennedys promoted four across its offices in the US and one in Australia.

Nick Thomas, senior partner of Kennedys, said: “A key element of the Kennedys culture is ensuring that people have clear routes to progress their careers, and so I am very pleased to welcome, as my partners, those who have proven that they have the energy, professionalism and skill to take the step up.

“Of course, we also grow via recruitment and acquisition, but we make it a priority to ensure that everyone knows that they are valued and their hard work will be rewarded, and this year’s promotions showcase how we value those who show commitment to clients and to improving the services we provide.

“Despite the COVID-19 crisis, we believe it is important to show confidence in our people and in the future for Kennedys that they will help shape.”

In the last 12 months Kennedys has made 20 lateral hires, strengthening its global offering from its offices in Australia, Chile, Ireland, Peru, Portugal, Singapore, UAE, the US and the UK.

The most recent of these laterals was the appointment of healthcare partner, Tom Armstrong, on May 1, who will head up a new healthcare team based in the firm’s Sheffield office. He will be working closely with Kennedys’ healthcare lawyers in Birmingham, Cambridge and London.

Kennedys opened its Manchester office in 2008 and, in October 2017, moved into larger premises in the city to accommodate growth in the region. The office now comprises 133 people, 11 of whom are partners.

MAPP, the specialists in property management, has recruited Richard Foster, a Chartered Building Surveyor, to join its Manchester office.

He has previously worked at King Sturge, Workman and RPS, where he has provided both professional- and project-related services to clients such as Columbia Threadneedle, Hammerson, Hermes, ADT, Network Rail, Downing, Harworth, Dignity and The Gym Group. 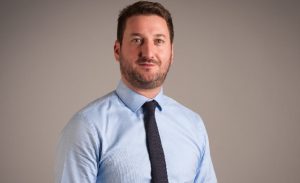 This is important to MAPP, it says, as Richard brings an unrivalled wealth of experience with him and helps to deliver the promise of better people, better work and the common purpose and desire to do project management right.

“He is highly-regarded in building consultancy circles and brings a wealth of experience which will improve our offering across Manchester and the North.”

Richard said: “This is a great opportunity for me to help develop the building consultancy service within the Manchester office, on the back of the excellent foundations already in place.

“I’m excited by MAPP’s progressive and employee-focused approach and the experience and support within the company. I look forward to contributing to the continued success of MAPP.”

In her most recent role as chief operations director at the Co-op Bank, she led the transformation of its retail banking arm, helping to return it to profitability and to revitalise its intermediary business.

She was also a member of the executive team which oversaw the turnaround of Northern Rock and its sale to Virgin Money.

She started her career at RBS where she held a number of global roles, and helped Tesco Bank to develop its in-store banking strategy.

Heather has won multiple awards as a director and been named as one of the Northern Power Women’s top 50 Power List.

She currently sits on the board of the National Museums & Galleries of Liverpool and chairs both its audit committee and its risk and remuneration committee, reporting directly to the Secretary of State and the National Audit Office. 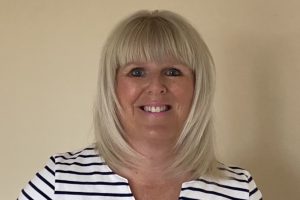 Her appointment at Dow Schofield Watts will help the firm to strengthen its board and support its ongoing national expansion. The firm operates a licensing model which allows professionals to run their own business under the Dow Schofield Watts brand.

Heather said: “This new role at Dow Schofield Watts is a great opportunity to use the business experience I’ve gained in banking and apply it to the world of professional services, which is undergoing a period of scrutiny and change.”

Nicole Burstow, finance director at Dow Schofield Watts, added: “Heather is one of the most highly-respected figures in banking and we are delighted to welcome her to the board.

“The landscape for the accountancy profession is changing, offering opportunities for those with alternative business models, and will ultimately bring greater choice for professionals and clients. Heather’s experience of setting strategy and delivering change will be invaluable in helping us to achieve our growth plans.”

Andrew was called to the Bar of England and Wales in 1996 and specialises in costs and litigation funding, credit hire litigation and serious injury.

He has advised on, and argued, costs cases in the county court, High Court, Court of Appeal and Supreme Court, as well as other tribunals including the Lands Tribunal. 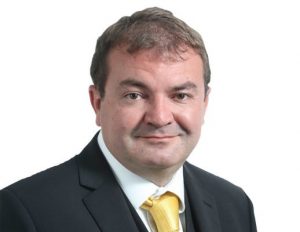 Head of chambers, Nigel Poole, said: “I’m delighted to welcome Andrew to our chambers. Andrew has established a national practice and has earned a reputation in the professional directories and the legal profession as an expert in his areas of practice.

“Andrew will further enhance the strength and depth of our expertise in the three areas in which he practices.”

Andrew is clerked by Stephen Loxton and Harry Young.

Kings Chambers operates out of three chambers in Manchester, Leeds and Birmingham with the Manchester chamber situated on Young Street. The set boasts 120 barristers including 19 silks and is a Northern Powerhouse Partner.