Liverpool-based creative agency Kaleidoscope has strengthened its team with the appointment of Vicky Diamond-Gwynne in a newly-formed role of project director.

Diamond-Gwynne has joined from Liverpool-based consultancy Corporate Culture where she worked as senior project manager.

In her new role she will be heading up the agency’s project management team, bringing her strategic and critical thinking to enhance the service provided to its growing portfolio of clients.

The expansion of the team marks the start of a new chapter for the agency, which is building on a solid foundation after consecutive years of rising profits and fee income, and the conclusion of a five-year buyout of co-founder Mike Edwards who stepped back in April.

This period of change comes hot on the heels of a number of new project wins for the agency over the past year, including Iceland Foods and Liverpool City Region Combined Authority.

Managing director James Kirk said: “Vicky’s introduction to the team is a signal of our intent to build on what we’ve achieved in recent years and apply an increasing strategic focus into our work.

“Even during this period of global uncertainty that sees many businesses hesitant for the future, we have a strong platform and continue to monitor the situation in order to make the right decisions that will enable the agency to keep growing.”

Co-founder Mike Edwards said: “It has been a privilege to help lead this unique company for over 30 years, working alongside some of the very best in the business, past and present. But the time has come for me to start the next chapter of my life and pursue some long-held ambitions.

“As I have stepped back more and more from the day-to-day business over the past couple of years, it has been brilliant to see how James and the fellow directors have developed the business into new areas and an ever-increasing number of clients.

“I know it’s in good hands and in my view has never been stronger. I look forward to watching the company flourish into the next stage of its evolution.”

Specialist property funding provider PMJ Capital is expanding its team with the appointment of Lee Barton as relationship director.

The news comes as the short-term lender also announces its loan book has passed £10m.

Lee has an extensive background in property finance having worked in the sector for more than 30 years.

PMJ Capital is a joint venture company between North West accountancy firm Cowgills and P&MJ Wright Holdings, which has roots tracing back to 1798 in the global accommodation market. 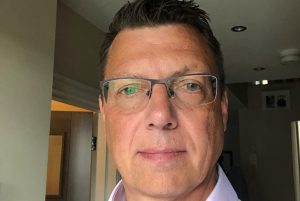 Managing director David Rainford said: “Lee’s appointment is a real coup for PMJ. He will play a pivotal role in working with our growing list of loyal clients and will be integral to our future growth as we continue to expand our reach.

“Lee shares our principles of sensible and pragmatic lending, and our vision for the future which has building long-term relationships at its core.”

PMJ Capital was established in 2015 and provides finance on a wide range of residential and commercial assets, primarily in the North West.

Over the past five years, the company has lent more than £40m supporting SME property developers and professionals on an increasing list of projects. In the current marketplace they remain as active as ever, recently announcing the funding of a scheme in Sheffield during lockdown.

PMJ co-founder, Mike Wright, added: “As a principle lender in control of our own decisions, our model of providing flexible and nimble short-term loans is becoming even more popular.

“There are growing opportunities in the current market as borrowers look beyond the more traditional funding routes for support on new projects.

“Lee joins us at a perfect time, we are delighted to have him on board.”

Independent law firm Brabners has promoted three of its lawyers to partner across its healthcare, charity and family practices.

Nicola Lomas leads Brabners’ work in the dental industry and joined the firm in 2016. Her practice forms part of the firm’s healthcare sector specialist team that has grown rapidly over the past two years.

Graeme Hughes is an experienced charity lawyer and has specialised in the third sector since 2010. He is recognised by the Legal 500 as a ‘leading individual’ in the industry and acts for well-known local and national charities including Youth Federation, United Kingdom Islamic Mission, Turner Home, the British Friends of the Hebrew University in Jerusalem and several charitable foundations associated with professional football clubs.

Natalie Dickson joined Brabners in 2007 and is a highly-regarded family lawyer. She is a member of Resolution, former Secretary of Merseyside Young Professionals and committee member of both Merseyside Women’s Lawyers Division and Liverpool Ladies Network. She is also a trustee of the Brabners Foundation, the firm’s charitable arm.

The three partner announcements come as Brabners also confirmed promotions for 23 other lawyers – five to legal director, eight to senior associate and 10 to associate.

Nik White, managing partner at Brabners, said: “We are only as strong as our people and 26 promotions across the firm is indicative of the quality of the lawyers we have on board.

“We will always seek to attract the best externally, but looking after the colleagues we already have in the business and nurturing their development and progress is just as vital to our continued growth.

“Despite the difficult times we’re all living through, I’m determined that we will never be a business that stands still.

“Recognising and celebrating the exceptional talent in our firm is even more important now as we look to push forward, maintain the momentum and continue to build during the challenging economic conditions.”