Iceland back in family ownership after £115m deal

Iceland, the supermarket chain that is famous for its family-focused tagline “that’s why mums go to Iceland”, is now back in family ownership.

A £115m deal has been agreed to buy the 63% stake held by Brait, the South African company which was the frozen food retailer’s only external investor.

The Deeside-headquartered was co-founded by executive chairman Sir Malcolm Walker in 1970 and now employs 25,000 across its 1,000 stores.

The deal sees Walker and Iceland’s chief executive Tarsem Dhaliwal acquire all of Brait’s shares. They have paid £60m immediately, with a further £26.9m due in July 2021 and £28.1m a year after that. 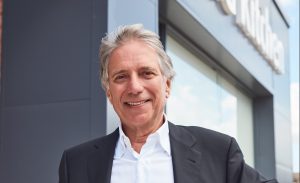 Walker, whose son Richard is the managing director of Iceland, said: “Over the last half century we have had a series of external investors in our business but I have no hesitation in saying that Brait has been the best.

“They have been consistently understanding and supportive, and were friends as well as business partners. I am sure that friendship will endure, and Tarsem and I wish them every success in the future.”

Brait has sold its majority shareholding because it needs to raise cash to repay a £350m bond. The investor also owns gym group Virgin Active and a large stake in retailer New Look.

Support programme for retail workers as coronavirus leads to large...