Traffic is ramping up at the region’s two main airports as carriers begin to restart their travel schedules.

Manchester Airport reopened its Terminal Three today (July 1), which will be followed by the reopening of Terminal Two on July 15.

Airport bosses temporarily closed the terminals after airlines grounded their fleets in response to the closing of many international borders around the world as the coronavirus pandemic raged.

Liverpool John Lennon Airport reported that the next wave of Ryanair departures recommenced this morning (July 1) and all flights got away either early or on time.

It said July will see flights to an additional 29 European destinations operate from Liverpool for the first time since the lockdown started as airlines continue to restart operations and enable travellers to get away once again, with the number of weekly departures increasing to more than 120 later this month.

Many more services are due to restart in August.

Meanwhile, the value of inbound tourism has been highlighted by Liverpool-based Heritage Great Britain, the visitor attractions company which operates sites including Snowdon Mountain Railway and Liverpool’s Royal Liver Building 360 experience, which said it needs “visitors to return like never before” as it prepares to re-open following the three-month COVID-19 lockdown.

The firm which also owns hotels at Land’s End, John O’Groats and The Needles Landmark Attraction on the Isle of Wight, says the impact of the pandemic has been devastating and that it can only recover if people support local tourism.

Company director, Peter Johnson-Treherne, said: “We are preparing to reopen our sites in early July.

“The Royal Liver Building 360 experience will be the first visitor attraction to reopen, with our other locations including Snowdon Mountain Railway, The Needle’s on the Isle of Wight, Land’s End and John O’Groats shortly afterwards. 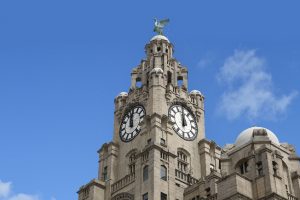 “The truth is, we need visitors to return like never before if we stand any chance of saving the British tourism industry this year.

“The impact of the COVID-19 pandemic has been completely devastating. The impact will be felt here in Liverpool because we rely so heavily on visitors to boost the economy.”

He added: “Royal Liver Building 360 was approaching its first year in business before we closed. The tour was incredibly popular but the pandemic has hit us, like other visitor attractions, hard. It is possible that some won’t survive.”

Aviation quarantine moves welcomed as just the first step of the...

Emirates to add more A380 flights from Manchester