Lancashire entrepreneurs at ‘front of the queue’ to buy Asda

The brothers behind one of Britain’s largest petrol station operators are at the front of the queue to buy Asda in a deal which would value the supermarket chain at more than £6.5bn.

A consortium led by Mohsin and Zuber Issa, the owners of EG Group, and TDR Capital, the London-based private equity firm which also has a stake in Doncaster headquartered developer Keepmoat Homes, has been chosen by American retail giant Walmart as the preferred bidder for Asda.

A sale of a controlling stake in Asda to the Issa brothers would mean Walmart returns to majority British ownership for the first time in 21 years. 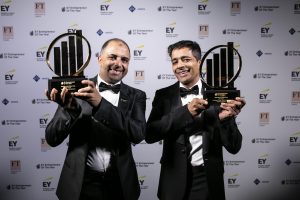 EG Group started out as Euro Garages and is now an international retail group with more than 30,000 employees. The Blackburn-based brothers won EY’s prestigious UK Entrepreneur of the Year award in 2018 in recognition of the group’s incredible growth.

EG already has an existing relationship with the supermarket chain which announced plans to trial its “Asda On the Move” convenience store concept at three of EG Group’s forecourts.

If successful, it is reported that the entrepreneurs and TDR want to retain Asda’s chief executive, Roger Burnley, in his post.

The Issa-TDR offer is supported by a syndicate of lenders including Barclays, ING, Lloyds Banking Group and Morgan Stanley.

This is the latest bid since the supermarket’s US owners Walmart confirmed in July it had restarted talks to sell its controlling stake in the business following a pause due to Covid-19.

Alongside this bid, is one from Apollo Global Management which was reportedly being led by the former chief executive of Debenhams, Rob Templeman.

Rochdale shopping centre to close its doors due to accelerated shift...