Liverpool-based construction company Crossfield Group has strengthened its growing team with a high-profile appointment from Wates.

Iain Sutton has made the move after 22 years in senior roles with the tier one contractor.

He has joined the construction division of Crossfield Group as head of operations.

Michael Macaulay, director at Crossfield Construction, said: “Iain is a highly respected figure in the construction industry and we are delighted that he has chosen to join us at Crossfield.

“As we enter our next stage of growth, it is key that we invest in the right staff and we are extremely pleased to have attracted someone of Iain’s calibre. His knowledge and experience will be invaluable in the delivery of our future pipeline of work.” 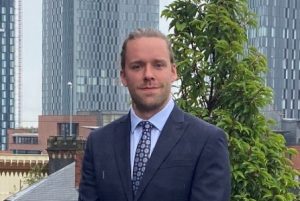 Property consultant Eddisons has promoted Manchester-based Ashley Parkinson to associate director a year after he joined its growing building project and consultancy team.

Since 2016 the team has worked with academy trusts in the North West and across the UK, and this year it secured £40m of funding for school building refurbishment projects under the Government’s Condition Improvement Fund programme, as well as delivering the projects on the ground.

Ian Harrington, Eddisons’ head of building and project consultancy said: “Ashley’s promotion is well deserved and a testament to his role in helping our team become the go-to provider of advice to academy trusts in the North West and beyond on navigating the complexities of CIF funding.” 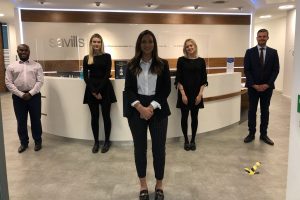 Savills has expanded the team at its Manchester office by welcoming three new graduate surveyors on its graduate scheme, a new graduate in the research division and a sandwich placement student.

James Evans, head of office at Savills Manchester, said: “We’re delighted to be welcoming five new faces to our Manchester team this autumn, we remain committed to our graduate programme and helping develop this young talent.

“Our new recruits will work with our experienced teams to develop their skills and knowledge as they progress in their roles and build their careers at Savills.”

The new surveyor recruits include Sheffield Hallam graduate Maddie Stewart, who joins the commercial valuation team following a year as a sandwich placement student, and James Taylor, who joins the building and project consultancy team following the completion of his degree at University of Salford.

Kerry Hall joins the development consultancy team from Brown University, having already worked for Savills previously in the property management division. Imogen Francis brings a first-class geography degree from University of Leeds to the retail and leisure research team.

In addition Emily Crawford will be joining the development valuation team for a year as a sandwich placement student, before returning to Sheffield Hallam to complete her degree in real estate.