One of the country’s most dynamic family law firms has described its latest senior appointment as a statement of intent.

Manchester-based Hall Brown Family Law has recruited Martin Loxley as a consultant to continue the rapid growth of its Sheffield office.

During that time, it was transformed in terms of size and reputation from a Sheffield-based practice into one of the largest such teams in the UK.

“It’s no exaggeration to say that Martin has been widely acknowledged for some time as one of the most accomplished and influential family lawyers in England and Wales.

“To secure the services of someone like him is testament to the progress which we have made to date as well as a statement of our ambition to take the firm much further.

“It should also provide great reassurance to our clients that we can provide the kind of experience and knowledge able to assist them no matter what challenges they face.

“We are particularly delighted to have Martin in Sheffield, his home city and an area in which he has already built such a substantial reputation.

“In only a few months our decision to open in South Yorkshire has been thoroughly vindicated. The fact that Martin and Alison Fernandes, who heads our Sheffield office, know each other well and have worked together so effectively in the past bodes well for the future, too.”

Prior to moving to Hall Brown’s premises at The Balance development on Leopold Square in the city in April, Ms Fernandes had spent a total of 15 years working in the Irwin Mitchell family team led by Mr Loxley.

It became the firm’s newest base, adding to headquarters at the Grade II-listed Ship Canal House in Manchester and a London office at Lincoln’s Inn Fields.

Mr Hall said that performance in Sheffield so far had greatly exceeded expectations.

An expansion in caseload has been matched by an increase in staff numbers with a brace of appointments – that of Zoe Barker as office manager and Edward Davison as a paralegal – coming in September.

However, it’s the recruitment of Mr Loxley which promises to raise eyebrows and expectations, the firm said.

During his time with Irwin Mitchell he specialised in resolving complex financial divorce disputes nationwide on behalf of high-profile entrepreneurs, sportsmen and women, academics and members of the judiciary.

He joins a buoyant Hall Brown which, in recent months, has cemented its place among the country’s most in-demand family law practices.

Having seen turnover top £4.3m during the past financial year – an increase of £800,000 on the previous 12 months – it has retained its top ranking in two of the most prestigious legal industry rankings.

In addition to being named as a Band 1 firm by the Chambers and Partners’ guide, Hall Brown also saw a number of its team, including Ms Fernandes, singled out for praise as Band 1 family lawyers in their own right.

MLP Law, a North West-based private and commercial legal practice, has appointed Milena Matthew to join its conveyancing team as a senior associate. Milena will be responsible for residential transactions, including sale and purchase.

Milena has joined the Altrincham-based firm as property sales surge due to the Government’s stamp duty holiday which runs until March 31, 2021.

She joins the growing property team from KhanMather Solicitors, where she was a conveyancing executive and, later, associate. She has a degree in Engineering and Design from the Open University and is currently working towards becoming a licensed conveyancer.

MLP Law owner and director, Stephen Atree, said: “Milena and her years of experience in conveying are an excellent addition to our conveyancing department, and we’re so pleased to have her on the team as a senior associate. While we continue to grow the practice, the buoyant North West residential property market has meant that we have had even more interest in our services, as buyers look to complete ahead of the stamp duty holiday ending.” 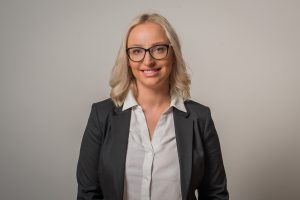 Milena said: “MLP Law has a great reputation in the area, and is a business that has always stood out to me – I’m excited to be working with them.

“I am looking forward to bringing my friendly and professional approach to new and returning clients. I can’t wait to join MLP’s property team and help it continue to grow.”

In addition to its Altrincham headquarters, MLP Law has offices in Liverpool, Lymm and MediaCityUK. It provides a full range of legal services to commercial and private clients and is working towards becoming the most trusted provider of legal services in the North West.

The company has built its reputation as a firm committed to advising growing, entrepreneurial and often family-owned businesses in the region.

The firm, which has offices in Lancaster and Kirkby Lonsdale, has taken on Helen McCabe and Laura Brereton to further strengthen its already experienced private client department team. 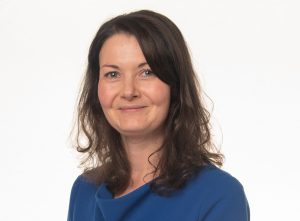 Clare Love, a partner and head of the department, who has been with the firm for 19 years and is a fully qualified member of the Society of Trust and Estate Practitioners (STEP), said: “We have a great team and both Laura and Helen will help us build on this, to ensure we can help our clients look after their affairs, both now and in the future.

“It is really encouraging that we are so busy and able to welcome new members to the firm, despite the challenges of the pandemic.

“We have clients throughout the North West and further afield. The firm is committed to growing organically and the arrival of Helen and Laura means we are able to continue to look after clients across the three counties of Lancashire, Cumbria and North Yorkshire as well as beyond.” 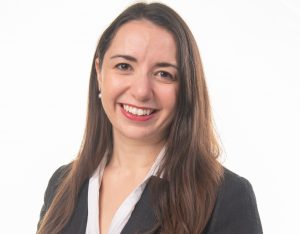 Helen is a senior solicitor based at the Kirkby Lonsdale office. She is a full member of the Society of Trust and Estate Practitioners (STEP). She qualified as a solicitor in 2008.

The private client department at Oglethorpe Sturton & Gillibrand deals with wills, probate, powers of attorney, court of protection and trust creation and administration work, as well as all aspects of inheritance and succession planning, with a particular specialism in agricultural and rural clients.

Oglethorpe Sturton & Gillibrand has just celebrated its 50th anniversary, although the firm’s roots go back as far as 1810.

Manchester-based NCC Group has announced the appointment of Inge Bryan as managing director for its continental European operations, which includes Fox-IT and the former Fort Consult brand. The appointment is effective January 1, 2021. Inge will also join the group executive committee.

She is currently part of the cyber security leadership team with Deloitte Risk Advisory, securing the critical infrastructure of The Netherlands, including central government.

With a strong career in cyber and security she has previously held roles with the National Police and the General Intelligence and Security Service of the Netherlands and served as Home Affairs Counsellor in the Royal Netherlands Embassy in Paris.

In 2019 she was listed in the top 100 most influential women in the Netherlands and one of the 50 most inspiring Women in Tech.

Adam Palser, NCC Group chief executive, said: “I am delighted to welcome Inge to NCC Group. She brings a wealth of cyber and security experience to NCC Group and has deep understanding of critical role cyber security plays in protecting society. 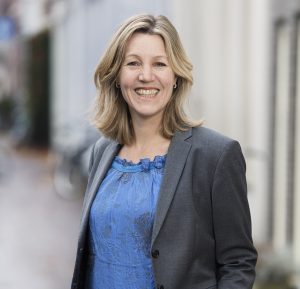 “We have ambitious growth plans for our continental European business and I look forward to working with Inge as we continue to grow our business.”

Robert Horton will continue to manage the continental European business on an interim basis until Inge joins in January.

Tomas Sorensen-Boye, managing director of the former Fort Consult business based in Copenhagen, has decided to step down and pursue other opportunities but will remain an advisor to the European business.

Adam added: “I’d like to thank Tomas for his exceptional leadership and the commitment in growing our brand in the Nordics as well as the rest of Europe. I’m pleased that he will continue to provide his expert advice to the European business and am sure he’ll be a great support to Inge as she settles into her new role.”

Craig has been DWF’s UK head of commercial and competition for the past 10 years, specialising in commercial contracts, information technology and intellectual property.

Craig said: “I’m excited about the challenge ahead. The creation of DWF’s managed services division, and in particular our acquisition of Mindcrest earlier this year, has been game changing, allowing us to better support our clients’ needs. 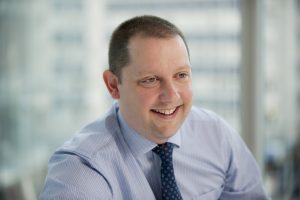 “A large part of my new role will involve working collaboratively with our commercial services, insurance services, connected services and international divisions to ensure we plan, develop and deliver business development activity together across our integrated legal services offering.”

Mark Qualter, chief executive of DWF managed services, said: “Craig has developed a reputation for working in partnership with clients to optimise their contracting processes to provide greater value over the longer term. He has been working closely with the managed services team since our inception and so he was a natural choice to take on this role.

“I look forward to working closely with Craig and our DWF mindcrest colleagues, Ganesh Natarajan, George Hefferen and Vishal Anand as we further develop our client offering and take up the opportunities that lie in the market for our business.”

Promotions all around at private equity firm