Manchester’s Glaisyers Solicitors has advised TRG on the acquisition of The Ropeworks on Stanbank Street in Reddish, Stockport.

The firm is also providing ongoing legal advice to the Manchester-based developer as it redevelops the 0.3 hectare brownfield site into 28 dwellings.

TRG has acquired the freehold on the property, which includes a 10,000 sq ft former mill, from Hale-based Rammon Group (Properties) Limited, in a £1m deal.

The developer now plans to convert the mill into 12 luxury loft-style apartments, build a further 12 three-bedroom mews-style houses on the plot and add four more houses onto existing terraces on neighbouring Morton Street.

When completed the total development value of the project, which will be called ‘Ropemaker’s Yard’, is expected to be in the region of £6.5m.

The properties, designed by award-winning Manchester Architects GA Studio, will primarily be aimed at the first-time buyer market.

Work on the conversion of the mill is scheduled to commence in January 2021.

A new planning application, on which Glaisyers is advising TRG, is in the process of being submitted in respect of the new-build houses, and the Ropemaker’s Yard project in its entirety is expected to take approximately 18 months to complete.

Ropemaker’s Yard marks a shift in direction for TRG, which has previously focused on converting city centre properties into high-specification apartments for buy-to-let investors.

According to TRG’s managing director, Alexander Taylor, this move to target owner-occupiers by building on brownfield sites in more traditional residential neighbourhoods was partially driven by changing demand as a result of the pandemic, but is also a deliberate long-term strategic shift for the business.

This is the second TRG project, and the third involving Mr Taylor, on which Glaisyers has been instructed.

The others were The Walton building in Liverpool city centre and the Trinity Apartments scheme, currently under way in Colwyn Bay, North Wales – the latter being developed by Mr Taylor’s Gothic & Stone vehicle.

Ross Wellman, partner in the property department at Glaisyers, said: “It has been great to work with TRG again, and Ropemaker’s Yard has been a particularly satisfying project for us. 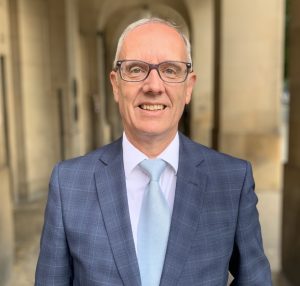 “As it is a brownfield site used for commercial purposes there were a number of complex issues for us to get our teeth into during the due diligence process. Inevitably, we had to cover some issues with a suitable indemnity policy.”

He added: “This is an exciting development with a lot of different elements. I also believe that, from a commercial perspective, it will look increasingly shrewd as Stockport continues its rapid regeneration and pulls in more young families and professionals.”

Mr Taylor said: “I have been impressed once again by Glaisyers, who carried out extensive due diligence on a problematic brownfield freehold site with great efficiency. I consider Ross Wellman, David Marlor and the rest of the team to be my colleagues on this project.

“I look forward to working with them over the next 18 months as we progress the site to completion and establish it as the model for future suburban developments by TRG.”

Ambitious plans agreed for Wirral landmark as part of £23m...