Universities and governments collaborate to fly in 7,000 Chinese students

More than 7,000 students from China have arrived for their studies at universities in Manchester and across the North of England following a huge multi-agency effort in the UK and China, led by organisations from Greater Manchester.

In total 31 chartered flights have been organised between Chongqing Jiangbei Airport and Manchester Airport to transport the students who contribute an estimated £500m a year to the Greater Manchester economy, pre-pandemic.

As a result of the Government’s new lockdown measures, all flights were suspended from November 8, with an aim to restart flying in January with students working remotely until they can travel.

The campaign to return Chinese students safely for their studies, in line with strict coronavirus guidelines, has been driven by a working group set up initially in Manchester, including representatives from Greater Manchester’s universities, Greater Manchester Combined Authority, Manchester Airports Group, the Manchester China Forum and student accommodation providers.

The group was established in March after Hainan Airlines and Cathay Pacific stopped all direct flights between Manchester and China.

Its objective was to organise charter flights with operators including Hainan Airlines to transport between 20,000 and 30,000 students to universities across Manchester and the North of England starting in September, depending on pandemic restrictions in China and the UK.

Manchester China Forum executive director Rhys Whalley, co-chair of the working group, said it has lobbied both the UK Government and the Chinese Ministry of Foreign Affairs to gain approvals for charter flights, a process supported by the Chinese Consulate in Manchester.

Mr Whalley praised all the stakeholders for the “enormous effort” in supporting the university sector. 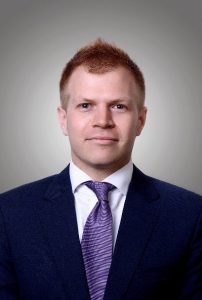 He said: “This has been a very fluid situation and the primary objective of the working group is to undertake the process safely keeping strictly to the latest government guidance in China and the UK.

“As a result we have managed to fly 7,000 students into Manchester thus far, despite the process being significantly impacted by increasing infection rates.

“Nevertheless, it is great to see a significant number of Chinese students in Manchester and the wider region. We want to thank all the stakeholders for their efforts in finding a workable solution.”

He added: “The university sector plays an absolutely key role in our regional economy, creating and safeguarding jobs and Chinese students are very important to universities across the region.

“In Manchester one in eight students is Chinese, the largest in the UK, and this population is vital to building greater cultural understanding and links between Britain and China.

“A very careful and strict set of safety measures has been in place which has seen the students transported from the airport to their accommodation where they have self-isolated for 14 days.

“Strict measures are also in place to ensure the Chinese students, as with all students, can then go about their studies in line with the latest government guidelines. We are doing all we can to support the students at this very challenging time when they are so far from home and their loved ones.”

It has subsequently expanded to include universities from Scotland to the South West of England.

The university group, led by The University of Manchester, wrote to the Chinese Consul General, Zheng Xiyuan, in Manchester over the Summer requesting help to organise the charter flights.

Dame Nancy said: “We have been extremely pleased to welcome a new cohort from China, alongside our other students.

“The safety and wellbeing of all our students is always paramount to us and our priority has been to ensure that Chinese students have a safe and reliable route into the UK to start their studies. 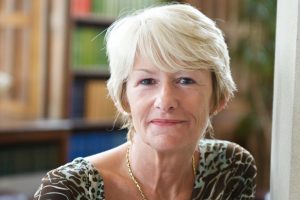 “In addition to arrival arrangements for flights, we have been providing support to students whilst they self-isolate during their quarantine period and for those who are not able to be physically on campus until next year. We are very grateful for the personal support Consul General Zheng has provided to enable the flights to operate.”

Chinese Consul General for the People’s Republic of China in Manchester, Zheng Xiyuan, said: “Adhering to a ‘People First’ governance, the Chinese Government approved the joint chartering plane request by a group of British universities.

“I was delighted to see both governments agree on this and say a big thank you to all parties involved. Special thanks are given to Chongqing municipal government for their arrangements in support of students’ transit via Chongqing in high concentration.

“To help Chinese students arrive in the UK for studies on charter flights has shown the far vision and broad perspective of both the Chinese and UK governments and we very much hope the flights can start again when the pandemic situation gets better in the UK.

“It also shows the good wishes cherished by Chinese people towards China-UK friendship and the huge potential for mutual cooperation.
“Our consulate pledges all efforts to work with universities and local communities to build a safe and friendly environment for arriving students. We trust all students will work hard to become not just the backbone of our society, but also messengers of friendship between our two peoples.”

More articles in
Universities and business