A trio of economic forecasts published today (December 1) concur that the North West is set for a rapid recovery.

They say the prospect of a successful COVID-19 vaccination programme could set the scene for an economic revival.

The latest BDO Rethinking the Economy survey of 500 mid-sized business said that North West firms are confident of a rapid recovery in performance and output once COVID-19 vaccines roll out.

A resounding 93% of businesses in the region predict they will fully recover in less than a year.

Data shows that more than half (60%) of North West businesses believe it will take less time to return to pre-COVID-19 levels – within just six months once a vaccine is made available.

The survey found that more than four-fifths (83%) of North West businesses say they plan to make significant changes to their 2021 business plans following the news of likely vaccines.

Half of businesses (50%) also reported feeling more optimistic about the UK’s economic recovery now, compared with three months ago.

However, despite the optimism around a potential vaccine, 87% of businesses in the region believe the Government’s tiered system will lead to a greater economic divide as most of the region enters Tier Three.

Ed Dwan, partner and head of BDO in the North West, said: “The news of a potential vaccine has clearly buoyed the region’s businesses, as many companies intend to put plans in place in 2021 to counteract the economic damage caused by COVID-19.

“However, there is still a degree of caution amongst business leaders, who are starkly aware of the operational challenges still facing the region.

“These include the ongoing impact of national lockdowns on business performance, the prospect of having to restructure workforces in order to avoid future redundancies, and the ongoing pressure being placed on protecting the wellbeing and safety of employees.”

He added: “The Government’s tiered approach to lockdowns has clearly intensified the levelling up debate in the regions, with 87% of mid-sized businesses in the North West believing that COVID-19 will further widen the UK’s North/South economic gap. The Government must ensure that any businesses disproportionately impacted by local lockdowns are given adequate support to trade beyond this.”

The survey also revealed that almost a quarter of businesses say that another national lockdown is one of the biggest threats to their business in 2021, with accessing additional finance topping the list (33%).

However, 37% of North West businesses are reducing the number of staff on furlough and bringing them back into the business, suggesting a level of confidence in the region’s economic recovery.

The latest UK Powerhouse report, by law firm Irwin Mitchell and the Centre for Economics and Business Research, claims that North West cities will all be showing rapid recovery rates at the same time as the Government’s extended furlough scheme comes to an end next year.

It claims the average annual GVA growth in the second quarter of 2021 across all locations is expected to be 23%.

The report, however, reveals Manchester and Stockport fall below this level with 21% year-on-year growth. Liverpool is expected to perform better at 24.6% and Greater Manchester is predicted to record 23.5% annual growth.

The study, which assumes a substantial proportion of the UK population will have received a COVID-19 vaccine by the middle of next year, highlights a disjoint between the increase in output and employment growth.

Despite rapid GVA growth, Manchester’s employment levels are expected to fall annually by 5.1% at the point when the furlough scheme finishes.

Looking ahead to the end of next year, Manchester’s economic output in the year to the fourth quarter of 2021 is expected to increase by six per cent to £20.8bn and employment will move back into positive territory at 3.7% growth.

Liverpool is also expected to outperform Manchester with a 7.3% year-on-year growth in GVA and a 5.9% annual rise in employment.

Interestingly, the report finds that the cities in the South of England are expected to emerge from the crisis with the most intact labour markets with nine out of the 10 locations for the highest job creation being located in the South.

Duncan Hope, partner at the Manchester office of Irwin Mitchell, said: “The extension of the furlough scheme has clearly saved jobs and the encouraging news about vaccines will help boost consumer spending and business investment during 2021. 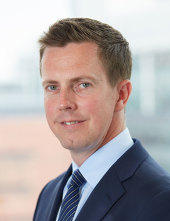 “Manchester is set to suffer more than other cities next year, though, and it’s striking that the Southern city economies are set to recover more quickly.”

He added: “In the last three months of 2021, for example, job creation rates in places like Reading, Exeter and Oxford are predicted to be twice as high as in Manchester. The Government has talked a lot recently about its levelling up agenda, but it’s time for action, not more words.”

Meanwhile, more than two thirds of businesses in the North West have a positive outlook on international trade for the next two years, despite an exceptionally challenging year, according to new research from HSBC UK.

In addition, almost three quarters (72%) of firms say they have no plans to stop or reduce trading with existing trade partners in the next two years.

But, three out of five companies expect international trade to become more difficult in the next year while only 10% feel it will become easier as businesses face into economic headwinds presented by the pandemic and the end of the Brexit transition period.

Leigh Briggs, regional director for global trade and receivables finance for HSBC UK in the North, said: “Businesses in the North West have experienced an extremely challenging year and have been faced with some of the tightest COVID-19 restrictions since the first lockdown began.

“As new restrictions are introduced this week it’s encouraging to see that companies have not lost faith in the power of international trade to grow their business in the future. 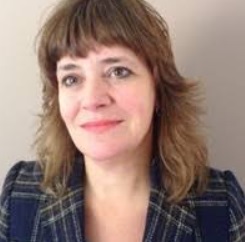 “There is, understandably, concern for the months ahead as we continue to tackle the pandemic and the end of the transition period fast approaches.

“With just one month to go our message to businesses is to take time to understand how their operations could be impacted in January and consider putting contingency plans in place.

“Businesses in the North West have already shown their resilience and innovation throughout the year and I’m confident that they can take that momentum forward as they continue to export their products and services to the world.”

The research also identified that a large majority (90%) of business leaders in the region have concerns about their supply chains as they deal with the impact of COVID-19 and economic uncertainty.

To alleviate these concerns more than a third (37%) of firms in the North West are selecting suppliers based on how effectively the country in which they are based has managed COVID-19, while almost a third (32%) are selecting suppliers based on operational resilience and their ability to deliver quickly and 30% have increased transparency to understand how their suppliers work and who their supply chain is.

Leigh Briggs, added: “Supply chains have been tested like never before and the research shows that firms in the region have been taking steps to adapt their suppliers through the course of the year and also build greater transparency through each layer of their supply chain.

“As firms look to 2021, increased resilience and increased usage of technology within supply chains will be of the utmost importance.

“Those businesses who are prepared to diversify to provide greater geographical contingencies and make use of technology to streamline their operations will give themselves the best chance to succeed in 2021 and beyond.”