An operator has been announced for a £100m Liverpool student accommodation scheme that collapsed into administration last year.

True Student will open 999-room Aura, in Erskine Street, in September this year. It has been renamed True Liverpool.

Aura and two other schemes owned by the Liverpool-based Elliot Group – Infinity in Liverpool and The Residence in Salford – were put into administration last March following funding problems.

But a rescue deal for Aura was completed after receiving High Court approval last October and a consortium of the project’s original investors vowed to take the project forward.

Work re-started on site following the announcement, and now True Student has been confirmed as the operator.

Anna Doeff, whose company Mewstone Ridges was Elliot Group’s single largest investor in Aura and who is a member of the investor consortium, said at the time: “This has always been a very high-quality scheme in a prime location and I’m delighted that we can now complete it.”

It is advertising suites available at Aura from £175 per week, and apartments from £132 per week. 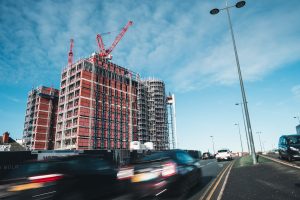 Among the services provide at the Liverpool site will be a cinema, superfast wi-fi, 24-hour concierge, free fitness classes, a state-of-the-art gym, as well as mental health and wellbeing support.

True Student said: “At true Student Living, we understand that every student is different, which is why we offer both private student accommodation, as well as the full student halls experience in our shared apartments, meaning there’s always a room to suit your personality with us.”

The scheme will be available for occupation for the 2021-22 academic year.