Research shows the North West has suffered more than the rest of the country from the impact of the pandemic.

This is on top of a sharp rise in businesses in financial distress throughout the region, although there is better news on administrations levels, albeit due to government support schemes.

The latest PwC-Demos Good Growth for Cities report shows the region is among the areas hardest hit by the economic fallout from the pandemic, but claims it is also likely to make the fastest recovery.

Liverpool and Manchester in particular are badly affected, with Liverpool being the worst hit of all cities in the index with a GVA growth rate of -13.3% in

However, Liverpool, Manchester and Warrington & Wigan are among those with the strongest projected GVA growth rates for 2021.

As the business sectors most impacted by restrictions reopen, the cities most negatively affected due to their sectoral mix will see faster recoveries, said the report.

However, a return to pre-pandemic conditions will not necessarily instigate a dramatic upturn in economic activity and these city economies will still be smaller in 2021 than they were in 2019.

Other key findings show that the reduction in tourism and hospitality activities have also been felt sharply in the Lake District area, which had 8.2% of its workers on the furlough scheme as of October 31, 2020 (South Lakeland authority). However, the highest take-up rate in this region is found in Salford and Manchester authorities, which had 9.0% and 9.5% of its workers, respectively, on the furlough scheme on October 31.

They show that during the fourth quarter of 2020, more than 61,596 businesses in the North West are now in significant financial distress, a 14% increase on the third quarter.

The report reveals 25,783 firms in significant distress are based in Greater Manchester with 8,805 in Merseyside.

Every single one of the 22 sectors monitored by the Red Flag Alert research exhibited an increase in significant distress, with 17 sectors experiencing double digit increases in the final quarter of 2020 – a worrying sign for the regional economy.

Gary Lee, partner at Begbies Traynor, said: “These figures highlight the deteriorating financial situation for many companies across our region. 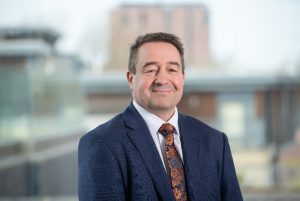 “Without the financial aid and support measures that the Government has put in place during the pandemic, insolvency levels would have been much higher. The sad truth is that, for many companies, this will provide little more than a stay of execution as debt levels become unmanageable and structural changes across many sectors take their toll.”

He added: “The pandemic has actually reduced court activity by limiting the number of CCJs and winding up petitions being issued against indebted companies and there has been a ban on winding up petitions for COVID-related debts, so the situation could get even worse when the courts eventually open up fully.”

Meanwhile, the number of companies going into administration in the North West fell by 40% in 2020, as the array of Government COVID-19 support measures continue to provide a lifeline for those businesses who have been adversely affected by the pandemic.

Analysis of notices in The Gazette by KPMG’s restructuring practice showed that 171 companies in the North West went into administration over the course of 2020, down on the 284 recorded in 2019.

Insolvency appointments in the final quarter of the year were particularly low, with only 26 companies entering into administration from October through December – again, the lowest quarterly total since 2005.

The region is reflective of a trend seen nationally, with the overall number of insolvencies down 22% on 2019.

The number of insolvencies seen in the leisure and hospitality industries – which have borne the brunt of the impact of lockdown restrictions – also fell sharply from 49 in the third quarter to 27 in quarter four. However, this sector still accounted for the lion’s share of administrations, alongside building and construction (27), real estate (24) and retail (22). 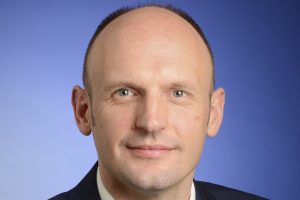 Rick Harrison, head of restructuring and turnaround for KPMG in the North West, said: “Comfort can be taken from the fact that fewer businesses than expected have been forced into insolvency during the crisis, as the breadth and depth of support measures available, coupled with a supportive lending community, have given organisations that vital lifeline.

“We also know that there are a number of sectors, including the likes of tech, online retail and financial services, which have seen something of a COVID-bounce.

“We need to be clear, however, that these figures provide a distorted view of reality.”

Continued business challenges but optimism on route out of crisis

Liverpool ChiroChem raises another £2m as it looks to scale

Brewery site being marketed as a going concern